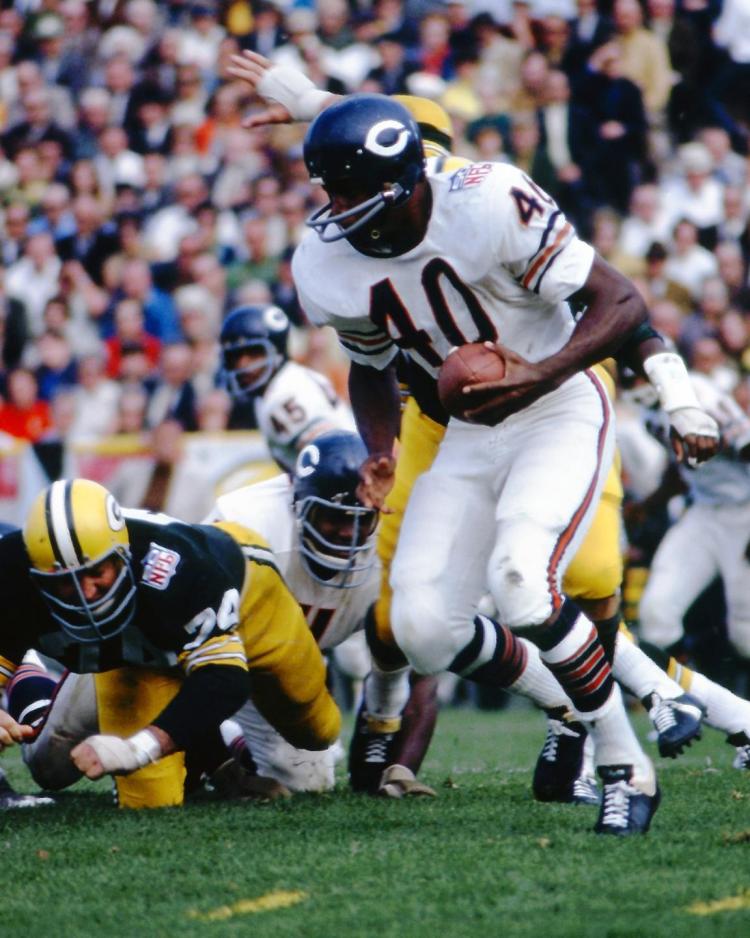 Gale Sayers was a deadly offensive weapon for the Chicago Bears.

Those are just a few of the words that described the sensational runs of the Chicago Bears’ Gale Sayers, who played from 1965-71. Although his brilliant career was cut short by injuries at age 28, and after only six seasons and only 68 games, the impact he left on the National Football League is still felt today.  Linked is video of the sensational running back from Kansas in action: