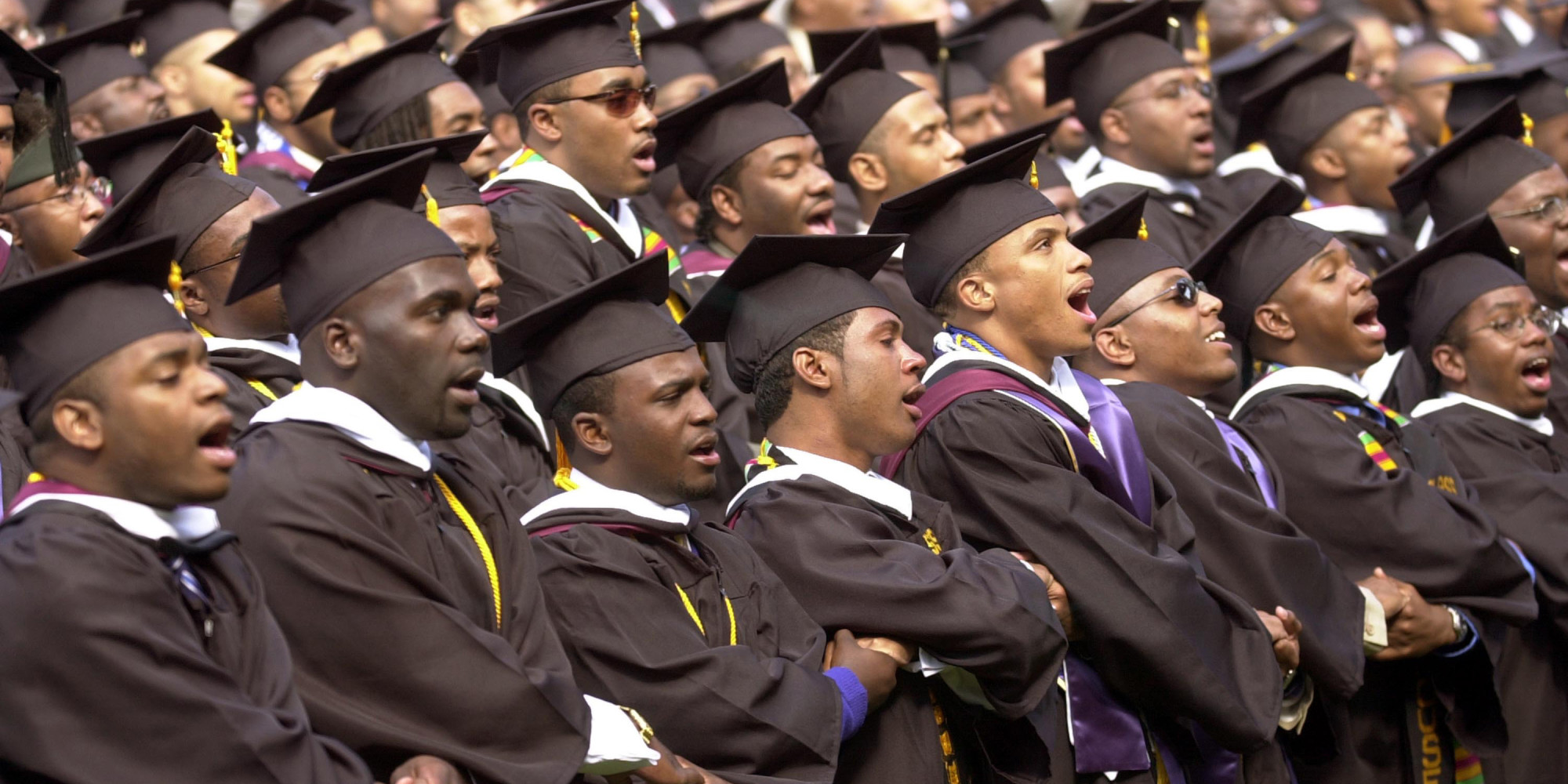 These Morehouse College grads are part of a tradition that goes back generations in the black community. (Getty Images)

The next few weekends will be filled with celebrations in homes throughout America’s black communities. From Watts to the Motor City, all the way down to the Big Easy, families will be gathering together in triumph.

For generations, young black men and women have been graduating from colleges and universities around the country. Of course, it’s not the story you often hear coming about the black community.

Maybe Donald Trump can stay off his Twitter feed long enough to pay attention to these accomplishments. Maybe he can learn something about black people.

He thinks all black people live in despair. He is the man who asked black people ‘What the hell do you have to lose?,’. He stupidly thinks the black community is filled with drug dealers, criminals and women having babies by the score.“You’re living in poverty, your schools are no good, you have no jobs, 58 percent of your youth is unemployed, what the hell do have to lose?,” Trump said during the campaign.

Those are words uttered from the mouth of a simpleton.

In truth, I don’t expect this man to garner even a kernel of information about black people. He is a self-indulgent narcissist who has no curiosity, and could care less about the culture of the African-American community.
In fact, he is not very bright. Trump still thinks Fredrick Douglass is alive. He thinks slave-owner Andrew Jackson was against the Civil War.
Nonetheless, if by some miracle he would be able to sit still long enough to observe, he would see young black men and women graduating from colleges and universities across the country.

Hundreds will walk across the stage of mainstream universities like Michigan or Michigan State. Others will earn their degrees from smaller institutions such as Franklin and Marshall in Pennsylvania, or prestigious universities such as Harvard, Yale and MIT.

Then there will be the latest generation of young black men and women graduating from America’s 106 Historically Black College and Universities. There is really no way in the world to quantify the role HBCUs have played in the accomplishments and the growth of black people in America.

Morehouse, Spelman, Fisk, Hampton, Howard, Virginia Union and so many others have produced success stories in all walks of life. Meharry Medical College in Nashville produced black doctors, surgeons and researchers. Howard University law school developed brilliant lawyers such as former supreme court justice Thurgood Marshall. These are only a few of the great institutions of learning that have been mainstays of black America.

Of course, we have heard the narrative about the failures of the black community through media types for so long, that even some of our own buy into the hype. Certainly, there are issues that affect the black community, some of it is self-inflicted, and some of it is from generations of racial oppression and politics. But this is just one part of the journey of the African-American community, the only part some people want you to hear.

The excellence and achievement crafted by black college graduates in every field of human endeavor is another part of the story of the African-American community they just don’t want you to hear.