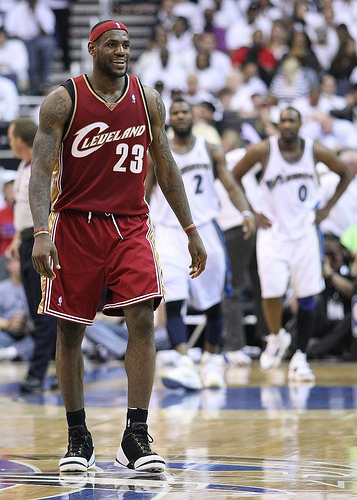 By Rickey Hampton, Editor And Founder of The African-American Athlete

Just let me make sure I am clear about this.

There is no way LeBron James can be compared to Michael Jordan because Jordan won six titles, and James has won three. However, you still insist on calling Jordan the greatest player ever, when Bill Russell won 11 championships. 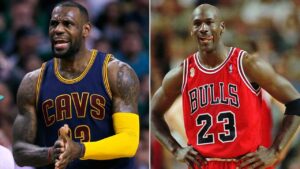 Regardless of whom you prefer, Michael Jordan and LeBron James are great players that would help your team win championships.

So, Michael Jordan is the greatest player ever, under all the rules you use to circumvent the cases of others.

OK, I just wanted to be clear on that.

This is where we are today in the debate over the game’s greatest player, when in fact it is a mythical title, that is purely subjective.

If you want to crown LeBron James King of the NBA, I would only ask that you wait for his career to end.

My problem is when people try to knock others, who are clearly great players, to make a case for their favorite player.

I see this happen more with the Jordan-James comparison. The Jordan defenders have been out in full force defending his legacy. The ironic thing about all of this is Jordan’ legacy needs no defense.

Jordan’s greatness is undeniable. But guess what, so is James’, and his legacy has grown to the point that if someone would prefer him over Jordan, I can understand it.

James is the most complete player in the history of the game. The NBA has never had a player who could legitimately play four positions _ small forward, power forward, shooting guard and point guard _ and be an all-star. If James decided he wanted to lead the league in rebounding, or scoring, or assists, he could. Jordan could not play power forward, or lead the league in rebounding.

Jordan has the edge on Jordan in some areas, as well. He is a better scorer, and I think, better in the clutch.

But you will never catch me disrespecting one great legend, to lift up another.