N.C. STATE’S DEREK WHITTENBERG ON ‘IN AND OUT OF SPORTS’

North Carolina State University basketball legend Derek Wittenberg was the guest on ‘In And Out Of Sports’ hosted by D.C. talk show legend Butch McAdams.

In 1983 Wittenberg was one of the catalysts in the Wolfpack’s stunning upset of Houston, led by future NBA stars Clyde Drexler and Hakeem Olajuwon, in the NCAA title game.

‘In And Out Of Sports’ is brought to you by Horton Funeral Service, the Athletic Republic, and Dr. Edward T. Buford III. Click the link below to hear the interview. 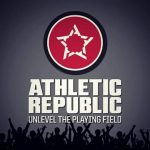 DAVID ALDRIDGE INTERVIEW ON 'IN AND OUT OF SPORTS'