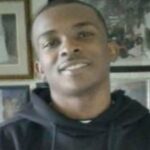 Stephon Clark was fatally shot by Sacaramento police last weekend. He was unarmed.

I am glad to see the Sacaramento Kings are partnering with Black Lives Matter, and Build. Black. Coalition, to revitalize black communities in Sacramento. The partnership which brings the Kings, B.B.C and BLM together is significant. That is especially when you consider that some people (mostly FOX News watchers) think of BLM as some type of militant group.

Their partnership comes as a response to yet another tragic shooting of a young black man by police. Stephon Clark was recently shot and killed in his grandmother’s back yard by Sacramento police. They were chasing someone who had reportedly been breaking out car windows. Whether Clark was the actual culprit or not, doesn’t matter.

The officers, who fired 20 shots at Clark, said they mistook his cellphone for a gun.

It is a sign of hope to see the Kings step up on this issue. It also demonstrates why the NBA is so far ahead of the National Football League on issues of race and social justice.

The NFL is ‘whiteballing’ Colin Kaepernick, for showing concern over the precise issue that led to Clark’s death. Not only that, Kaepernick’s teammate during his time in San Francisco, Eric Reid, has not signed with a team so far in free agency. Reid, 25, kneeled with Kaepernick during the 2016 season. Clearly, the NFL’s mostly white ownership seems intent on making Reid pay the way they did Kaepernick.

I am afraid that nothing is really going to change until law enforcement decides to have a change of heart.  Until police can understand every black person  that they encounter is not a criminal, is not dangerous, is not armed, and is not a threat to their lives, we have a problem.

I clearly understand that every police officer in America doesn’t perceive black people in this light. Of course, that goes back to the earlier point that every black person in America an officer may encounter on the job is not a criminal.

And, further, this problem is exacerbated by the courts and white juries that hold the same stereotypical views of  the black community.

And, for those officers who will not speak out against the jaded officers, the racist officers, and the incompetent officers, we as a community aren’t left with much of a choice but to be wary of every single encounter with a police officer.

Consider the case of  the late Philando  Castile. He  explained to officers in suburban Minneapolis that he was legally carrying a weapon. They responded by gunning him down as he sat in the car with his girlfriend, and her four-year-old daughter.

That simply would have not happened if Mr. Castile had been a white man.

Police need to show incidents involving black citizens the same restraint and respect they have in dealing with white citizens. Until that happens, merely being black can cost you your life when you have an encounter with police.

Linked is a video posted by members of the Sacramento Kings and Boston Celtics honoring the death of Stephon Clark.