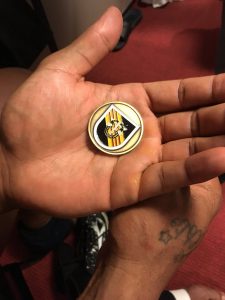 There those who would like to make the athletes who are expressing themselves during the national anthem as anti-American, and being disrespectful to those who have fought under the flag.

Of course, that is simply not the case. Time and again, the men and women who are demonstrating during the anthem have explained they do not have a problem with the flag, but are addressing issues of justice and equality for all Americans. 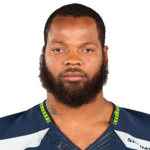 Proof of that occurred Sunday following the Seattle-San Francisco 49ers game, when a Vietnam veteran walked up to Seahawks’ star Michael Bennett, and handed him a gift. It was his ‘Unit’ coin.

“He lost half his battalion.  He was telling me about the POWs and the people missing in action.  He gave that to me, says he loves everything I stand for,” Bennett told reporters. “That’s just an honor to be able to get something like that. That’s a big deal.”

Bennett said he plans to wear cleats supporting Vietnam vets through the ‘My Cleats, My Cause’ initiative by the NFL.