Home Featured There Will Be No Warriors-Cavs Final This Time…Right?

There Will Be No Warriors-Cavs Final This Time…Right? 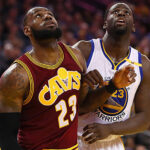 Will LeBron James and Draymond Green battle in the NBA Finals for a fourth consecutive year? (Photo by Ezra Shaw/Getty Images)

For the last three years, the NBA playoffs have really been nothing more than a mere formality leading up to the inevitable Cleveland-Golden State Finals.
There was never a team in the East capable of beating LeBron James and the Cavs, and no one could touch the high-powered attack of the Warriors out West.  The Cavs and Warriors have met in the previous three NBA Finals, with the Warriors holding a 2-1 edge.

However, there is a chance that neither team will make it to the 2018 Finals.  In fact, that would be shocking.

So, who has the best chance of returning to the Finals, the Cavs or Warriors? The speculation abounds.

The Cavaliers struggled throughout most of the regular season, after trading away Kyrie Irving for Isiah Thomas. That deal was a dud. For most of the season the Cavs looked old, tired, and uninterested.  If not for the brilliant play of LeBron James, the Cavs, with the second worst defense in the NBA, may have had a hard time making the playoffs.

But a blockbuster trade sent Thomas packing, and moved on from an aging Dywane Wade. In came youth and energy with Jordan Clarkson, Larry Nance Jr. and Rodney Hood and steady veteran George Hill. It was almost a total house cleaning in Cleveland. Only four players from the Cavaliers 2016 championship team remain on the roster. 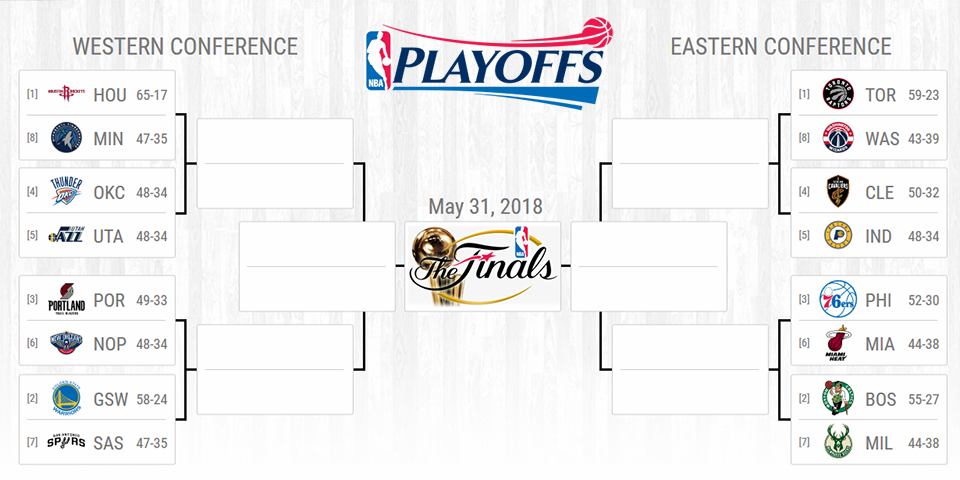 The Cavs, the No. 4 seed, have played better with the new personnel, but they face a difficult road starting with their series against No.5 Indiana Pacers. If they get by Indiana, which I don’t think will be easy, they will likely face No. 1 seed Toronto in the second round.

The Raptors who have been knocked out of the playoffs by the Cavs in the previous two years, seemed poised to make that next step. The Raptors believe they are better than the Cavs, and they believe they can beat them.

Toronto, who faces (No. 8 seed) Washington seems to be the team most likely to beat the Cavs, and win the East, because Philadelphia may not be quite ready, and Boston (N0. 2 seed) won’t have Irving. The Celtics face (No. 7 seed) Milwaukee.

Philadelphia (No. 3 seed) has a dynamic young team, led by Ben Simmons, who is going to be a phenomenal player, and 7-foot-2 Joel Embiid. But they are about to discover the playoff basketball is an entirely different task. Teams are going to be able to lock in on what an opponent does well, and try to exploit that teams  weaknesses. 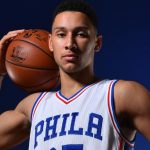 How the Sixers, who open up against No. 6 Miami, respond to playoff basketball will determine their fate.

But as daunting as the Cavs’ chances are, Golden State’s might be even more precarious.

Throughout the season several of their key players have missed time with injuries, and Steph Curry’s status is in doubt. He has a sprain knee ligament and is expected to miss the first-round series with (No. 7 seed ) San Antonio. And at this point there is no sure time-table for when he will come back, and how he will hold up when he returns. Curry has only played one game since March 8. 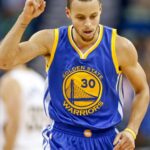 With all the firepower the Warriors have with Kevin Durant and Klay Thompson, they are simply not the same without Curry.

Meanwhile, the Rockets have been the best team in the NBA from the opening tip of the season. The combination of Chris Paul and James Harden has worked famously. Of course, Paul and Harden are the catalysts, but they are backed by a strong supporting cast featuring guard Eric Gordon, and big man Clint Capela. The Rockets open against (No. 8 seed) Minnesota.

Another team to watch in the West is Oklahoma City (No.4 seed). While the combination of Russell Westbrook, Paul George and Carmelo Anthony struggled at times during the regular season, this veteran trio has enough experience and know-how to cause problems in the playoff. The Thunder open up against (N0. 5 seed) Utah.

Portland (No. 3 seed) will take on (No. 6 seed) New Orleans in what should be a high scoring playoff series. And while the Trailblazers should handle New Orleans, and are a high seed, it’s hard to see them getting past the Warriors, Rockets or even the Thunder. So, who has the best chance of returning to the Finals, Cleveland or Golden State? I will not bet against James. He has consistently demonstrated the ability to carry a team during the playoffs. And at 33 he is _ quite amazingly_ playing some of the best basketball of his 15-year career.

Not only that, the Warriors play in a far more competitive conference. Houston is will be a major problem for them with, or without, Curry. One thing is certain, the 2018 NBA playoffs is set up to be one of the most entertaining runs in years.