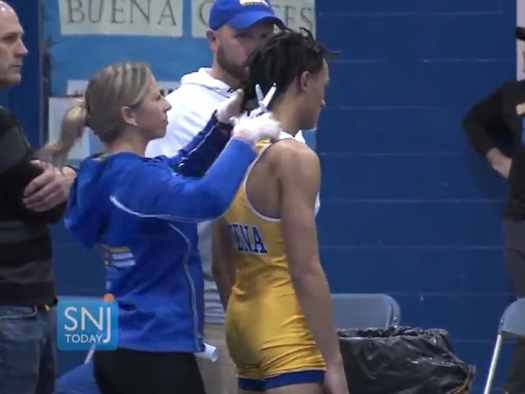 Andrew Johnson of Buena High in New Jersey gets his locs cut in order to participate in a match.

There should be nothing but high praise aimed towards Andrew Johnson of Buena (N.J.)High School for the character he displayed during a recent wrestling match. Johnson was told that he must cut his dreadlocks before taking on an opponent in a match by referee Alan Maloney.

We should not be surprised by Maloney’s insensitivity considering a past that includes using a racial slur against a fellow referee. Johnson sacrificed his braids for his teammates, but he did not sacrifice his dignity. He went out and won his match. Check out the video below.