Home Featured Kaepernick Is Gone From The NFL, But He Is Not Forgotten On The Field Or Off

Kaepernick Is Gone From The NFL, But He Is Not Forgotten On The Field Or Off 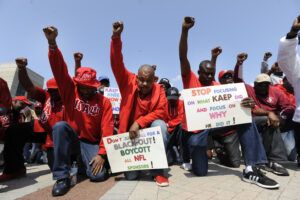 Colin Kaepernick may not be on an NFL roster, but he was in the hearts and minds of supporters, and the spirit of his protest, was felt all over the country during Sunday’s  opening of the 2017 National Football League season.

Once again, there were demonstrations by NFL players like Seattle’s Michael Bennett, and his brother, Martellus of the Green Bay Packers. NFL players  Malcolm Jenkins and Anquan Boldin explained the need for demonstrations in a powerful video.

Before the start of the Cardinals-Lions game in Detroit, several hundred people, including a large contingent of Kaepernick’s Kappa Alpha Psi fraternity brothers, marched in support of the former San Francisco 49ers QB. Check out more on the Detroit march from ABC News.

It impossible to determine how many people simply did not watch the NFL in protest, but there seems to be agrowing sentiment, at least according to some of the social media. People have been expressing their sentiments in a variety of ways, by boycotting all sponsors of NFL (click for sponsor list), and not wearing or buying, any NFL gear.  By the way, the NFL earned $1.25 billion in sponsorships last season. 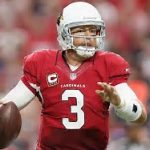 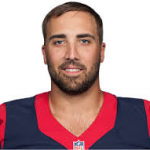 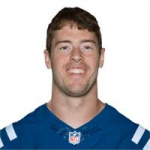 And, if you are a fan of a team like the Houston Texans, Arizona Cardinals, and Indianapolis Colts and the New York Jets, you witnessed some extraordinarily bad play at the quarterback position.

And while circumstances are different with every team, it is clear there are several teams who could use a quarterback the caliber of Kaepernick. Yet, they decided to go with lessor players. When teams refuse to address the most important position in sports, it is clear they are not serious about winning as long as they get paid anyway.