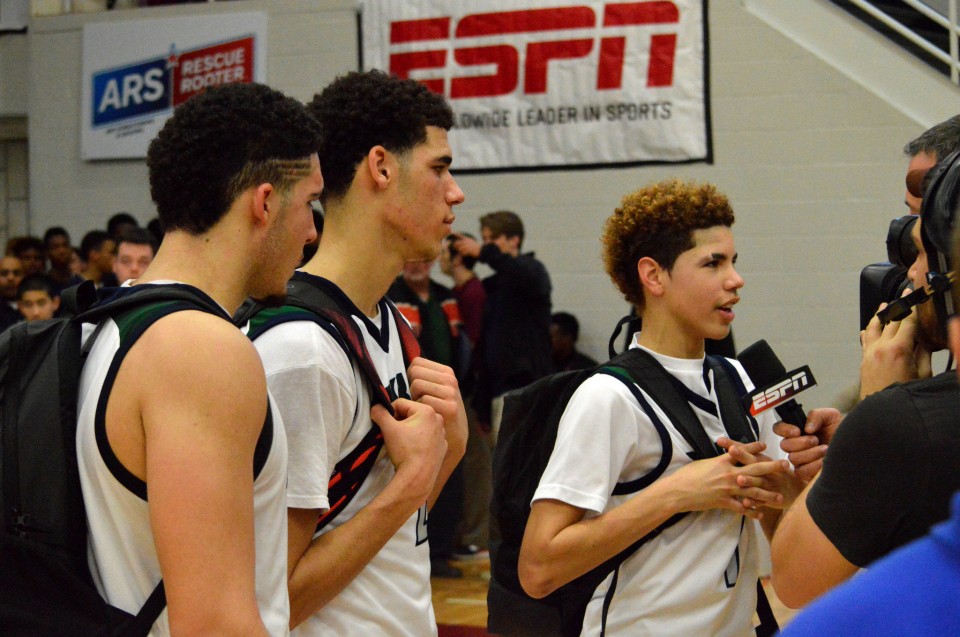 The Ball boys are a trio of talented ballers, guided by an egotistical father.

First, it should be noted that LaVar Ball, the father of UCLA guard Lonzo Ball, and high school stars, LiAngelo and LeMelo, loves his children.

In this day and age that is a point of fact that should never be discounted, or taken for granted.

In addition to being a father figure and provider, father Ball has clearly done a great job in teaching his kids the game of basketball. His eldest son, Lonzo, is a gifted freshman point guard for the Bruins. I love the way he sees the court, and creates for others. Talent wise, he is a sure fire lottery pick when he enters the NBA draft, which will be this summer.

LiAngelo a senior at Chino Hills High School. He will enroll next season at UCLA. LeMelo is only a sophmore, but he has already committed to playing for the Bruins as well.

They are quite the trio, with father Ball promoting their exploits with all the bluster and bravado Don King used to promote fights.

That said, there is a time for quiet and reflection. There is even a time time when being a father takes a back seat. That time should be now for LaVar Ball. Sit back and enjoy the fruits of your labor, sir. Sit back and enjoy watching your children play.

Apparently, sitting back is not on Lavar Ball’s agenda. He seems to be living vicariously through his children. He was critical of Chino Hills’ first year coach Stephan Gilling following the team’s 87-80 loss in the California High School state basketball tournament regional semifinals.

“Man, we sere supposed to go to Sacramento [for the Finals],” Ball told a Los Angeles radio station. “But that coach is hard-headed. He wanted to do things his way. If we would have gotten along, we would have been in the state title easy. But he’s trying to have a little resistance towards me.

“And I’m like, ‘Man, try and do it your way. That’s why you lost three games. Because once he run and just and when my son really wants to play for you, we’re gonna do good. But when you have any kind of resistance towards men, and you the head coach, it don’t work out that good. I already knew he was going to lose that game.” 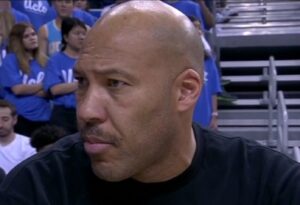 Ball didn’t just throw Gilling under the bus, he threw him under a freight train. In team sports, you win and lose together. What Ball failed to mention is his sons were in foul trouble, teammates were arguing, and they were outworked in every facet of the game.”

Truth is, Chino Hills was not a championship caliber team. While they had the talent, they lacked the character of a championship team. Anyone who watched the regular season game a few weeks ago when LeMelo scored 92 points, while spending part of the time not playing defense, and staying on the other end cherry picking layups, could see they lacked championship mettle.”

LeMelo’s  92 points were in homage to a sick friend, but he cheated the essence of the game, nonetheless. He should have honored his sick friend by busting his  ass every moment of the game, fighting every minute, the way his  friend will have to fight every minute to get well. Instead, he cherry-picked baskets. If only getting well could be so easy.

I was not surprised to hear that a tougher, more determined team, would beat Chino Hills. And that is precisely what happened when they lost to Bishop Montgomery in the Southern California Open Division Regional Semifinals.

The best LaVar Bell could do in defeat is point fingers.

Furthermore, he is doing them a greater disservice by putting all kinds of pressure on his kids. He has already claimed that Lonzo is better than Steph Curry, and could beat LeBron James and Russell Westbrook.

Of course, he once said that he would destroy Michael Jordan. Mr. LaVar Ball averaged 2 points a game during his college career at Washington State, before eventually transferring to a Division II school.

If I were a college coach I would think twice about recruiting his kids simply because I would not want to deal with his father. I assure you there are NBA teams thinking the same thing about Lonzo, despite his brilliance as a player. One thing is for sure. There is no way in the hell I would want his kids on my high school team, regardless of how talented they are. Their dad’s selfishness and bluster is not worth dealing with.”

LaVar Ball has done a fabulous job in teaching his sons how to be talented basketball players. Unfortunately, he has not learned the value of respect and humility. And in reality none of things would even matter if he knew his place. That’s on the sideline cheering for his sons and the team.

RELATED: LeBron tells Ball to back off his kids.