Home College Marquette Won for Al and Milwaukee, 40 years ago

Marquette Won for Al and Milwaukee, 40 years ago 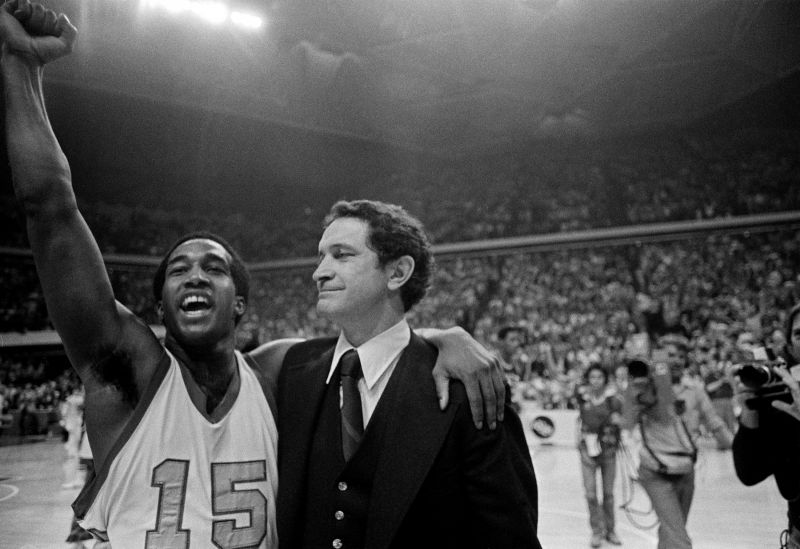 By Michael Roberson, For The African-American Athlete

With the University of North Carolina Tar Heels just recently winning the 2017 NCAA Men’s Basketball National Championship, it harkens back to 40 years ago when a Jesuit school on the western periphery of Downtown Milwaukee brought a title back to the hilltop of Marquette University, after a 67-59 victory, coincidentally over the Chapel Hill Crew, in Atlanta, Georgia.

Immediately after this 1977 great feat in the Peach State, the incomparable Al McGuire retired from coaching, only to become a superb analyst/announcer, among other activities.

The then Marquette Warriors had a great run in the Feel Good/Disco decade.  The 1970 team was reportedly so dissatisfied with their NCAA tournament seeding, they decided to participate and actually won the NIT instead.  Four years later, the institution lost a hard fought championship game to the North Carolina State Wolfpack, led by the high-flying, future ABA/NBA star, David “Skywalker” Thompson.  It all culminated a few years later, with the aforementioned squad winning the “Big Dance.” 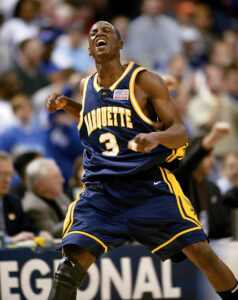 Marquette University changed their nickname from the Warriors to the Golden Eagles in 1994, in an apparent politically correct move, amid all of the sensitivity towards the negative images (Mascots/Monikers) and perceptions of Native Americans.

and a few members from the championship team of the bicentennial 1976-77 year.

Alfred “Butch” Lee was the star of Al McGuire’s championship group.  The Puerto Rican born/Bronx bred hooper not only led his collegiate team in scoring, but almost single-handedly beat Team USA during the 1976 Montreal 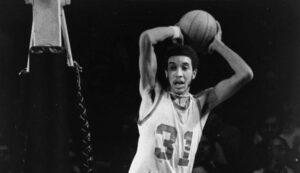 Maurice “Bo” Ellis was another integral piece of the ’77 title team, as well as the ’74 runner-up squad that lost to NC State.  Bo hailed from Chicago, approximately 90 miles south on I-94 (eastbound), also played in the NBA, coached high school and college basketball, including as an assistant for his Alma Mater, which had him involved in the critically acclaimed basketball documentary, “Hoop Dreams.”  As a matter of fact, one of the stars of the award winning movie, Will Gates, was recruited and eventually signed/played at Marquette, partially due to Ellis’ influence. 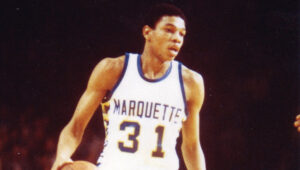 Jerome Whitehead, Bernard Toone, Ulice Payne, Jim Boylon and others contributed to the “Brew City” having its first champion–although amateur–since the Bucks won in 1971.  Once again, Kareem is part of the equation.

In 1974, both of the city’s major basketball programs (pro/college) who also shared, and still share the same arena, were both in their respective championship series/game.  Unfortunately, instead of double champions representing the Milwaukee Arena, the Bucks lost Game 7 at home to the Boston Celtics, while the then-Warriors fell to the Wolfpack of North Carolina State in the National Championship contest, advantageously in Greensboro, North Carolina.

The team that earned the NCAA title brought a great deal of civic and region pride to Metro-Milwaukee,  even though many of whom were not Alumni of the prestigious Catholic school on West Wisconsin Avenue.  However, the former and present students, at that time, and even faculty members, were able to stick their chests out during the Spring of ’77.

The significance on the national level was that the Great Al McGuire had coached his last game, while going out on top, with possibly the best scenario ever for an exiting coach.  McGuire made a very smooth segue into the  broadcast booth, shortly thereafter.

As Al McGuire was ascending in the Media world over the next couple of decades, his former employer, the Warriors and eventual Golden Eagles, were not much of a national factor until 2003, when Dwyane Wade led them to the Final Four, sadly two years after McGuire passed away.

The 1977 team will always be remembered as an eclectic squad, with players of many different backgrounds, led by a colorful coach, who brought his New York flavor to the Midwestern private university.  So much so, that many mistakenly believed that Marquette University was in New York, instead of the Heart of Milwaukee, Wisconsin, USA.

Record wise, it may not have been the best team he ever coached, but it is definitely the most accomplished to lace them up for Al or the university. 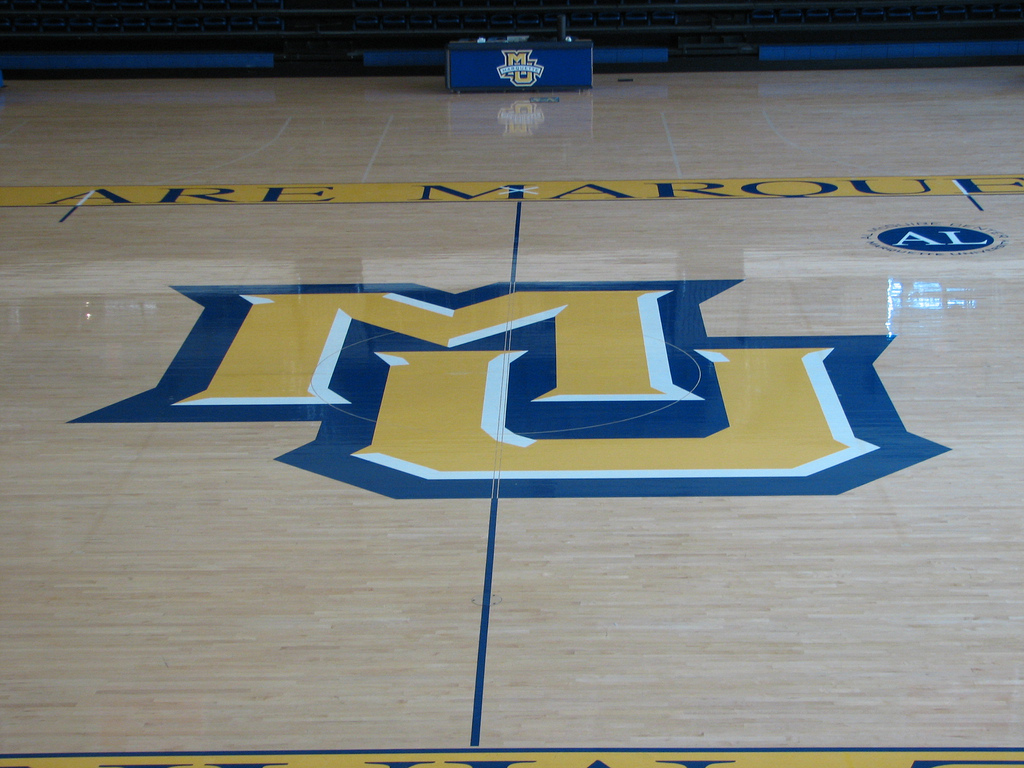