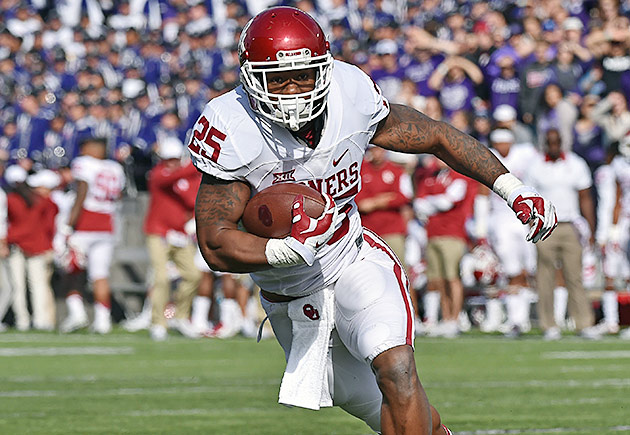 The Bengals decision to draft Joe Mixon has been meant with heavy criticism by some.

The Cincinnati Bengals are catching a lot of criticism for their decision to draft Oklahoma’s Joe Mixon in the second round of the NFL draft on Friday. If you follow football you are probably familiar with Mixon, a superb running back for the Sooners, whose college career is marred by an incident.

In 2014, Mixon knocked a woman out with a vicious right hand. The incident, which shows the woman pushing and hitting Mixon first, ended with with Mixon striking her with a blow from his right hand.

The incident was caught on tape.

Mixon  was suspended for the 2014 season. He accepted his punishement from the courts in a plea deal, and he has made a financial settlement with the woman. He brought shame and embarrassment to his family, and the OU football program.

There is no doubt that Mixon’s action were reprehensible.

However, the young man has paid his dues. And he has every right to earn a living in the National Football League, if a team desires his talent, which the Bengals did by drafting him.

Of course, there are many people out there who are disgusted by Mixon. They don’t feel he deserves to play in the NFL. They say his actions towards the woman have no place in today’s society.

In their minds it is OK for Trump to brag about grabbing women by the genitals (which criminal sexual assault, by the way), calling women disgusting names, insulting women regarding their menstrual cycles, and walking into the dressing room of girls as young as 15 at his beauty contest.

These are all facts, and it doesn’t even get into all of the many accusations of unwelcome advances towards women.

But this is the man many of you wanted to be your president. And, then you say Joe Mixon shouldn’t play in the NFL.

It’s simple. You can’t say Joe Mixon doesn’t deserve an opportunity to play professional football for one terrible mistake, that he has atoned for, but be perfectly fine that a narcissist misogynistic sexual assailant is the president of the United State.

Well, actually you can do that. But doing so qualifies you as a hypocrite.