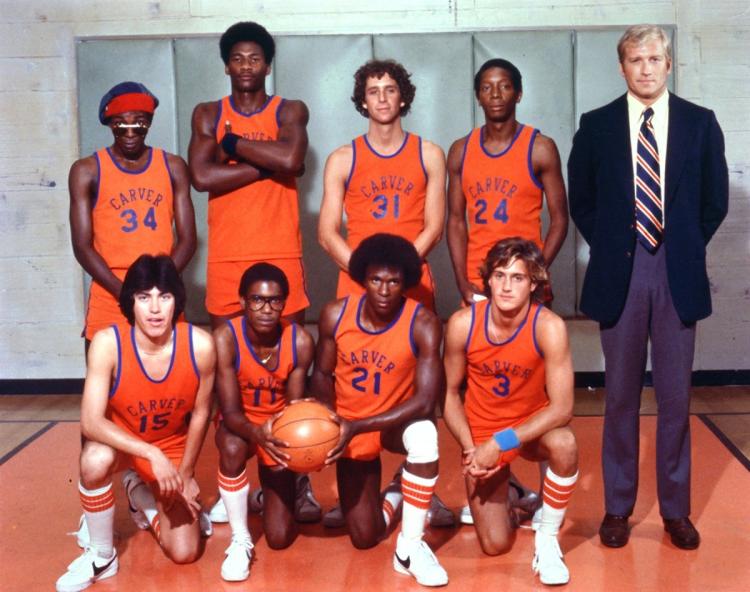 The White Shadow was one of television’s most popular shows in the late 70s.

Sad to hear the passing of actor Ken Howard, who is known by millions in the black community for his role as Ken Reeves, the coach of  Carver High School, located in a tough area of TV world Los Angeles back in the late 70’s on the television series “The White Shadow’.

Reeves was a former NBA player for the Chicago Bulls, who had to retire following a knee injury.  Wanting to stay close to the game he loved, he took a job at Carver high that no one else wanted.   Reeves took the job, even though he was  a white coach, coaching mostly kids of color, at a school located in the hood.

The show ran from 1978-’81, and it was must see TV for kids like me.  Understand, back then it was a big deal to see black faces on television, and to see some young black and Hispanic kids on the air every week, and playing basketball at that, was amazing.

The show’s concept had merit. You didn’t see very many white coaches working, or coaching at inner city schools in L.A.. Detroit or Chicago. Frankly, you don’t see a lot of that today. And, each week Reeves dealt with getting his team to focus on playing winning basketball, while also helping them  deal with all the challenges of growing up in a poor, urban community.

For example, in one episode Reeves was punched by a student in his gym class, and he responded by hitting him back. In another episode he was concerned that one of his players was being abused at home, and in another episode one of the players was dealing with the fact his girlfriend was a prostitute.

Robbins took over the reigns as the head coach at VUU, an HBCU school, which was a member of the all black Central Intercollegiate Athletic Association (CIAA). Robbins was named the coach at Virginia Union in 1978, the same year ‘The White Shadow’  premiered on CBS.  Naturally, as a white coach at an HBCU in an all black conference, he was tagged with the nickname “White Shadow’.

There was resentment from the other black coaches in the CIAA. At that about the only place a black coach could get a head coaching position was at an HBCU. So, there were hard feelings when VUU gave the job to a white man.

Nonetheless, Robbins thrived.  He would go on to win three national titles at VUU (1980, 1995 and 2005). He won more than 700 games and averaged 24 wins a season. In addition, he coached several players who would go on to the NBA, including all-stars Ben Wallace and Charles Oakley.