Spurs And Warriors Take Unique Paths As They Prep For Playoffs 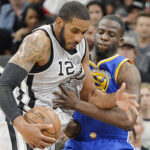 Recently, in San Antonio, Texas, the home crowd at AT&T Center witnessed the Spurs defeat the Warriors in a low scoring game 89-75.

The game was generally played at a very high level. It was exciting basketball. However, the star power in this one was quite not up to par. In a game without Steph Curry, Kevin Durant, Klay Thompson and Kawhi Leonard, players such as Quinn Cook, Nick Young, and Patty Mills got to start.

With arguably the two best coaches in the league _ Golden State’s Steve Kerr and Spurs’ Gregg Popovich and the two smartest organizations in the NBA _ holding back all of these star players to ‘injury’ seems mysterious to some.

With lack of medical evidence and information available to the media, holding these players out may be something more than just injuries. 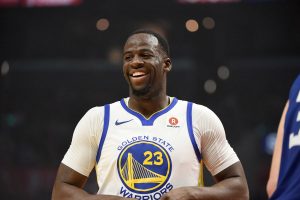 Certainly, Kawhi has been out with a devastating injury in last year’s playoffs. He has only played in nine games this season. Steph has had his problems with his ankle throughout his career, and the injuries of Thompson and Durant are definitely believable.

Nonetheless, for the Warriors there is no doubt in my mind that all three would be playing if that game was in the playoffs. Maybe the Warriors are trying to get their fourth star, Draymond Green, going after having somewhat of a down year for the regular season.

Maybe the Warriors are trying to give their prominent bench players more confidence by starting them now, to be as ready as possible for playoffs teams such as Houston and Portland.
Perhaps they are trying to keep Curry, Thompson, and Durant as fresh as possible for what is expected to be a strenuous, intense battle like no other to repeat as champions.

Whatever the goal is, I am sure the Warriors have accepted the No. 2 seed behind Houston, and are throwing in the towel these last few weeks of regular season.
Of course all three Warriors’ star players will be playing with about a week to spare in the regular season to become sharp as they gear up for the postseason.

Now, there is no doubt that Leonard’s injury is serious. His mental and physical health may not be where it needs to be at all at this point in the season. Yet and still, are Popovich and the Spurs are only trying the least amount of effort to get into the playoffs, before throwing all of their manpower and energy this upcoming postseason?

Some believe that one extra home playoff game isn’t much of an advantage as people think. Only time will tell.
Yet, I am not convinced that the Spurs are also trying to do the same thing they’ve been doing for years. Popovich has always been known to sit star players for ‘rest’, even for nationally televised games. The backlash of that resulted in the NBA finding ways to discourage teams from doing this.

Perhaps Kawhai is nearing 100 percent and Popovich doesn’t want to show his deck of cards before the playoffs begin.

Of course, they still have to make sure they clinch a playoff berth first, but with 20 consecutive playoff appearances and five championships since 1998, I’m putting my money on this organization to at least make the postseason.

Certainly, the Spurs-Warriors game was not the most exciting ever, and these two organizations definitely have the ability to put a better product out on that floor.

In what should be known as ‘playoff tanking’, these two teams are trying to be as fresh, and as healthy as they can be going into the playoffs.
Clearly, for these two franchises the 82-game regular season is not as important as it may seem.