Home Featured Stephenson Found Dead; And Why We Should Stop Promoting Violence

Stephenson Found Dead; And Why We Should Stop Promoting Violence 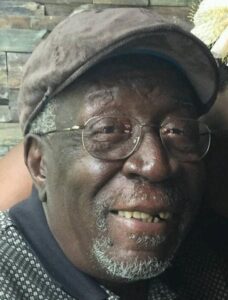 Steve Stephenson, the man who shot Mr. Robert Godwin on Easter Sunday, has been found dead. He killed himself Tuesday morning in Erie, Penn., following a two-mile chase.

“We have reached closure in the search of Steve Stephenson,” said Frank Jackson,  the mayor of Cleveland.

Clearly, Stephenson was sick. And mental illness is a huge problem in America.  It seems  the slightest thing can set people off.  In this case, it seems that Stephenson’s issues with his girlfriend may have been the cause.

I also wonder if this trend of showing violence on Facebook played a role. Stephens posted the murder of Mr. Godwin on Facebook in real time. He is hardly the first to show an act of violence in that manner.  I wonder if the ability to show this horrific act to the world  prompted Stephenson to do something he may have never otherwise done.

We will never know for sure.

All we can do in this instance is pray for Mr. Godwin’s family, who have shown such incredible humanity amidst this tragedy. As the nationwide search was being conducted for Stephenson over the past few days, the Godwin’s operated from forgiveness and compassion.

Going forward, there is something else we can do besides prayer. We can stop showing violence on social media. I understand how easy it is to watch a train wreck.  I am the first to say I have watched some of this stuff transpire.  I totally get it.  Sometimes others despair can be totally jaw-dropping.

That said, we need to be better.

If we stop sharing these acts of violence it may do nothing to deter these things from happening.  However, it can show our sense of dignity and respect as a community.  At some point the despair, immaturity, sickness and evilness of people can’t be a source of entertainment for us.