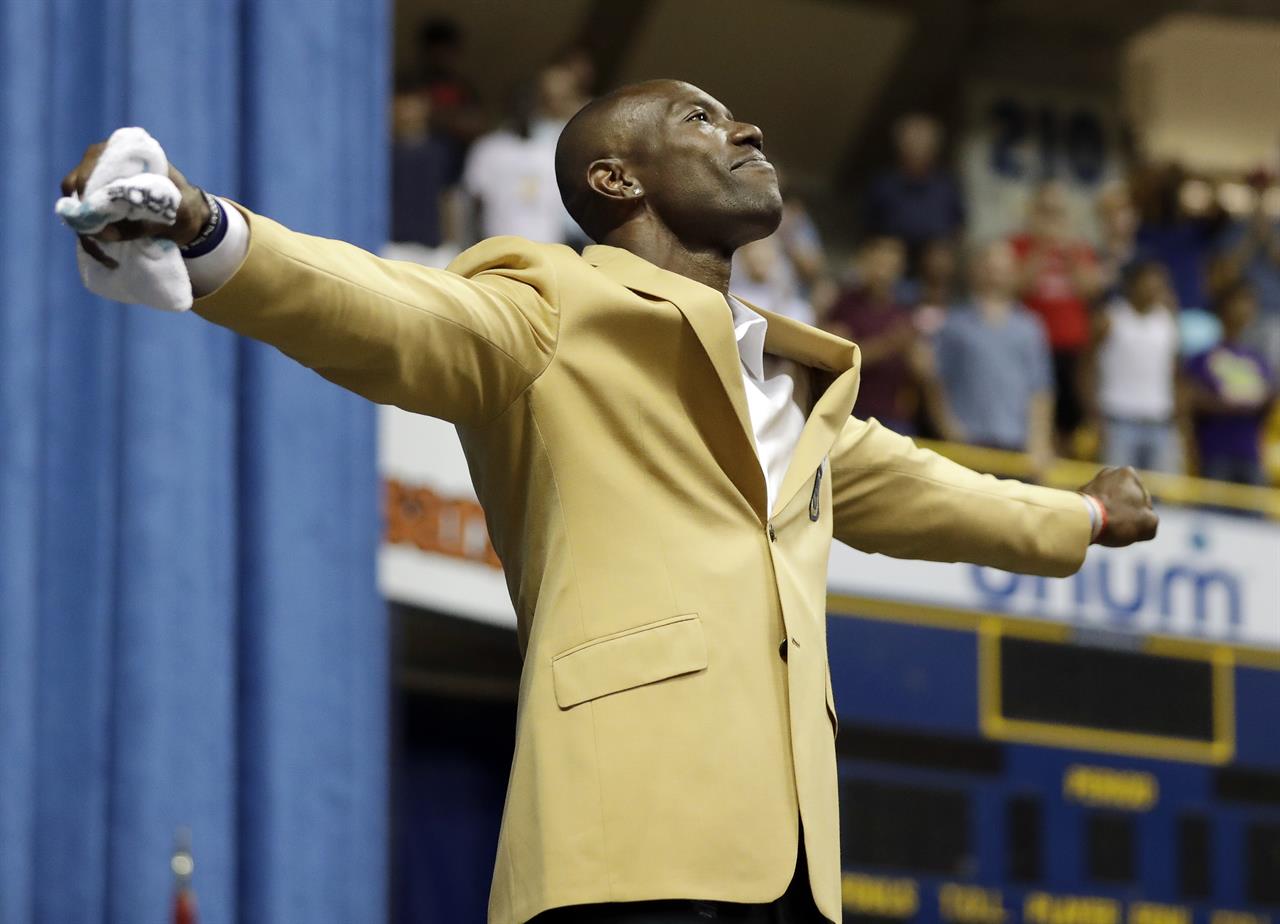 Terrell Owens decided to celebrate his HOF away from Canton, Ohio.

I am not surprised that Terrell Owens became the first NFL Hall of Famer to skip the Canton, Ohio induction ceremonies. Instead, he staged his own celebration with a speech on the campus of the University of Tennessee at Chattanooga.

What this solidifies in my mind is that Owens is simply an attention seeking confused man. Much like Kanye West and others, Owens takes-action with the thought that people will have to address him. He simply cannot comprehend the long-term reality or negative repercussions or aftermaths of his choices.

Some of my peers wondered aloud whether Owens’ stance would distract from an awesome 2018 Hall of Fame Class. Well, after watching the event and listening to the noteworthy orations by the 2018 inductees, I am glad to report Owens’ absence did nothing to distract from the positive aura surrounding this group.

With Ray Lewis, Randy Moss and Brian Urlacher joining the Pro Football Hall of Fame in their first year of eligibility, and, Owens and Brian Dawkins joining them, it became one of the youngest enshrined groups in history. Those five players were joined by longtime personnel executive Bobby Beathard (contributor), and seniors committee nominees Jerry Kramer and Robert Brazile for enshrinement.

Looking and listening to this amazing assemblage of gridiron legends, there was absolutely no way Owens stole their collective shine.

Lewis a 13-time Pro Bowl selection, a two-time Defensive Player of the Year, and a Super Bowl MVP in his career as a Baltimore Ravens linebacker. There is Moss, who is second all-time in touchdown receptions with 156 and had eight 1,200-yard seasons in his career. Urlacher was an eight-time Pro Bowl selection and the league’s Defensive Player of the Year in 2005.

Because Diva Owens did not go into the Hall in his first year, he regressed into I’m a big baby mode and called the Hall of Fame, “Hall of Shame.”

Predictably the voters shunned Owens in his second year and he took the discourse up another level, threatening to skip the enshrinement, which he eventually did.

Sure, Owens had a point for maybe being a first ballot Hall of Famer; however, what he is missing is that in this life right sometimes coming with patience and placidity. He simply does not have the skills of compromise or conciliation, which are some of our most important gifts in making our interaction with humanity smoother.

Like in a marriage or on a job or coaching or teaching or raising children, the ability to make a defined statement or point without an acrimonious or rancorous retort toward anyone that may have a differing opinion or think that oneself is a quintessential life skill – Owens seems to not have that.

How many of us had to cajole our wife to please marry me, or push their kids to put a better effort into their school work, or push one’s boss to honestly give he or she a fair shot at a promotion, or push your coaches to let them know you are ready to be a starter?

These things do not always happen on one’s first try, yet we keep at it.

I have covered four NFL Hall of Fame events in Canton, and I can clearly say that the four or five-day event is beyond special.

Owens in his myopic vision of right and wrong missed a chance to fellowship with other legends that already have the Yellow Jacket (Jim Brown, Franco Harris, Steve Young, Jerry Rice, etc. al.),  break bread at the Hall dinner, the presentation of the Yellow Jackets event, his teams he played for hosting and celebrating his enshrinement, and finally the day of one’s speech where coaches, teammates, family, and fans come to Canton stadium to honor and rejoice a career.

In Owens’ self-serving speech in Tennessee, he tried to frame his stance as helping others that may follow him in the Hall. “I am against sportswriters who are not in alignment with the mission of the Hall of Fame core values,” he told reporters. “I am helping the next guy.”

Sorry Owens, in a time when your fellow athletes are putting their careers on the line to bring attention to injustices in the courts and with law enforcement, his trying to help others does not measure up.

Who is Owens helping? I project the .0001% of America’s population will be in a position to become first-ballot Hall of Fame inductees. So, his helping people claim is basically counterfeit.

What Owens did against the Hall only served himself. He seems to not have the ability to correct himself when, like all of us who make mistakes, he just insulates himself, does not take personal ownership, and creates a “they are against me aura.”

That is hard to project when Owens himself alienated so many with his over the top end zone celebrations; being the father of two daughters and two sons, by four different mothers; his off and on the field antics; and having to pay $45,000 per baby mama for child support; having allegedly tried to kill himself by intentionally ingesting an overdose of hydrocodone, a pain medication; and spitting in the face of a fellow athlete.

Owens was a superior athlete, but his on and off the field antics caused pause by the voters. He just does not understand that life is not a horizontal line ray, but a circular geometry line that is interconnected. What one does over here does not disappear into no man’s land, it remains. Our actions throughout life connect us like a DNA life chain link.

Surely, Terrell Owens is worthy of his Hall of Fame induction. However,  this man is stuck in “you wronged me zone”, and that has cost him an amazing weekend that only happens one.

If you asked your wife to marry you three times and she finally says yes, do you boycott her? When you push your children to try harder in class and it takes five to twenty times to get that message through, do you kick them out the house?

Owens once again fell prey to his self-serving demons and boycotted an event that was meant for him to give honor to his coaches, family, teammates,  and life. This brother is his own worst enemy and simply cannot humble himself for others.