Home Culture What Else Is New?: St. Louis Cop Who Killed Black Man Found Not Guilty

What Else Is New?: St. Louis Cop Who Killed Black Man Found Not Guilty 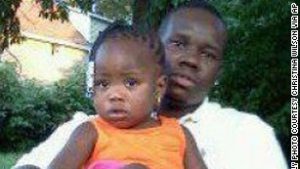 The cop who killed Anthony Lamar Smith in 2011 was found not guilty by a St. Louis judge.

“We’re going to kill this motherfu&#!ker.”  That is what St. Louis police officer Jason Stockley told his partner as they chased Anthony Lamar Smith in their police car on Dec. 20, 2011.

And sure enough when Stockley finally caught up with Smith, he shot and killed him.

Although Stockley is caught on tape saying he was going to kill Smith, his defense was….you guessed it:

Stockley said he was in fear of his life, even though he was in pursuit of Smith.
However, prosecutors argued Smith _ who did have drugs in the car _ did not have a weapon, and that Stockley actually planted a weapon.  As proof of that, the prosecutor’s cited  Stockley’s DNA was found on the weapon in question.

What possible reason would Stockley’s DNA be on the weapon that he claimed Smith had?

Of course, you know where I am going with this. You know how this turns out when a white cop shoots a black man. 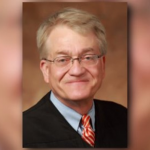 On Friday, Stockley was found not guilty of murdering Smith by St. Louis Circuit Judge Timothy Wilson.  In his 30 page statement  Wilson said he agonized over the decision before finding Stockley innocent.

Wilson found it reasonable that Stockley would be in fear of his life.  He all but said that Smith was a black drug dealer, and of course he would have a gun: “An urban heroin dealer not in possession of a firearm would be an anomaly,” he wrote.

Shockley’s acquittal prompted protests and demonstrations in St. Louis, which included some skirmishes and vandalism. There were no serious injuries, and 23 people were arrested.