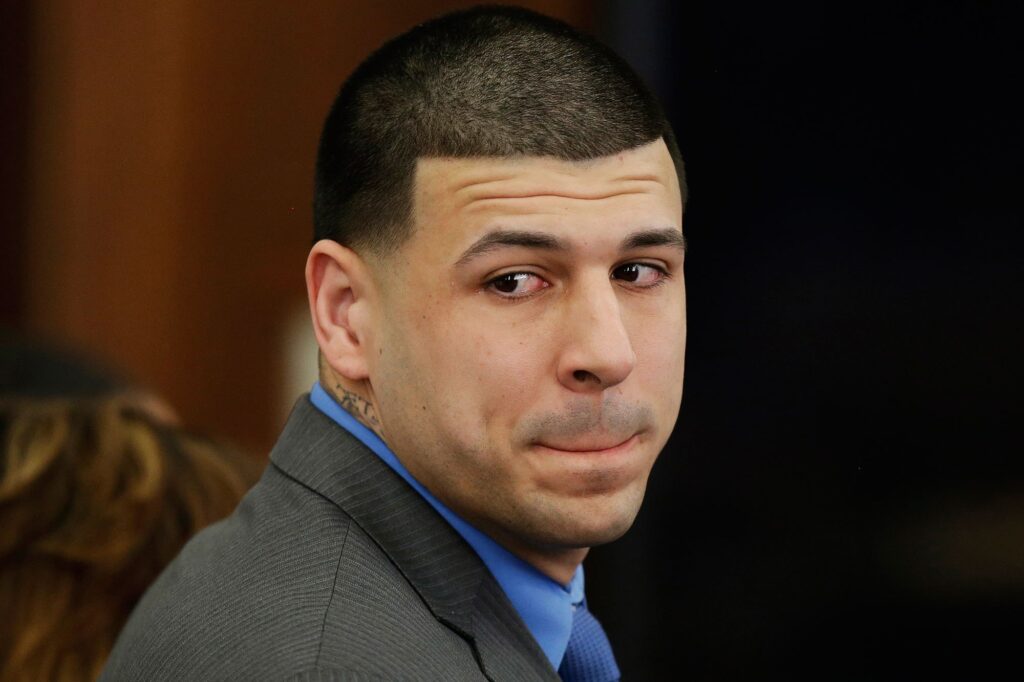 For The African-American Athlete,

BOSTON _ One of the most tragic falls from grace became even more tragic today. Aaron Hernandez, who rose to stardom as a pass catching tight end for the New England Patriots, has died from an apparent suicide.  According to a Massachusetts prison spokesperson,  Hernandez used his bed sheet to hang himself. He was housed in a single cell. Hernandez was 27.

Hernandez was serving a life sentence for the shooting death of Odin Lloyd in 2013. Just last week he was acquitted of killing two men in 2012.