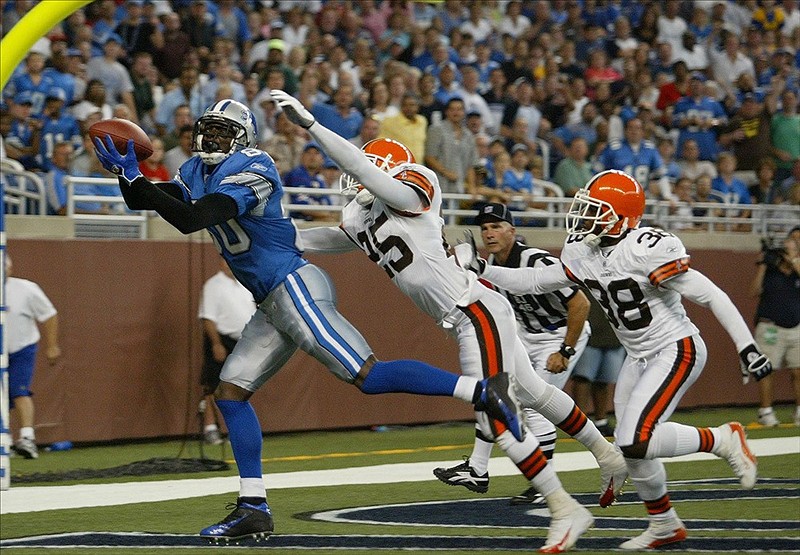 Charles Rogers hauls in one of the his four career touchdown passes.

Major props to Cody J. Tucker of the Lansing (Mi.) State Journal for his introspective look into the life of Charles Rogers, the former Michigan State University All-American, who was the No. 2 overall pick in the 2003 draft by the Detroit Lions.

Rogers entered the National Football League with a stellar college resume, as he established himself as college football’s best receiver. The 6-foot-4 Rogers from Saginaw, Mi., was the complete player.  He had sprinter’s speed, great hands, and a knack for making big plays.

He looked to be the real deal.  In his first game as a professional, Rogers caught two touchdown passes.  As it turned out, that would be his career game. From that point on injuries,  drug addictions and legal issues derailed his career. By 2005 he was out of football, and on his way to losing millions of dollars. Rogers finished with 36 catches and four touchdowns in his career.

Tucker catches up with Rogers, who now lives a modest life in Florida. He is says he is no longer addicted to the pain pills which he says the Lions passed out to him ‘like candy’, but he still smokes weed. Click here to read Tucker’s superb takeout on Rogers.