Home Featured ADRIAN BRANCH DISCUSSES JORDAN, BIAS AND MORE ON ‘IN AND OUT OF SPORTS’

ADRIAN BRANCH DISCUSSES JORDAN, BIAS AND MORE ON ‘IN AND OUT OF SPORTS’ 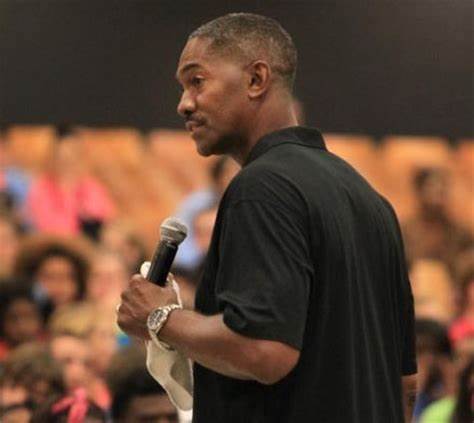 ESPN basketball analyst Adrian Branch Branch was a recent guest on ‘In And Out Of Sports’, hosted by D.C. talk show legend Butch McAdams.

Long before Branch picked up the mic he was one of the legendary players to come out of Washington, D.C., starring at famed basketball power DeMatha, and then at Maryland where he helped the Terps capture the 1984 ACC title and two trips to the Sweet 16.

The 6-foot-8 Branch played four seasons in the NBA and was a member of the 1987  NBA champions Los Angeles Lakers. Adrian and Butch touch on a myriad of topics including Branch’s battles with Michael Jordan. They also discuss the tragic death of the great Len Bias.

In And Out Of Sports’ is brought to you by Horton Funeral Service, the Athletic Republic, and Dr. Edward T. Buford III. Click the link below to hear the interview.