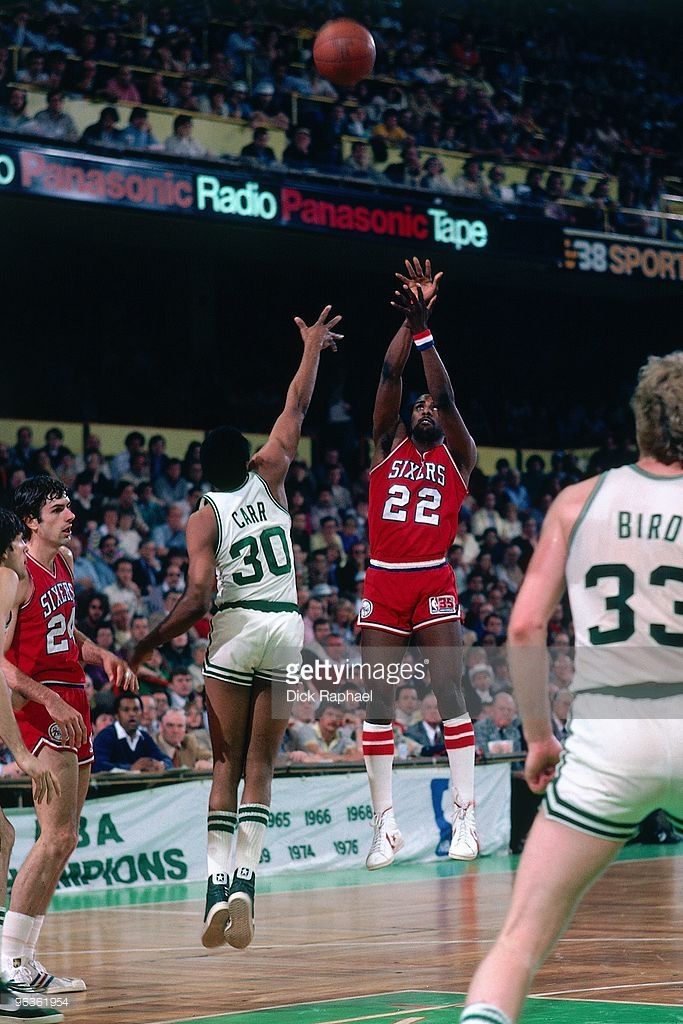 By Rickey Hampton, Editor and Founder of The African-American Athlete
You don’t know about the Boston Strangler?

No, I am not talking about Albert Delsavo, who between 1962 and 1964 confessed to killing 13 women in Boston and becoming one of the most notorious criminals in American history.
I am talking about the other Boston Strangler, former Philadelphia 76ers shooting guard, Andrew Toney, who used to torch the Boston Celtics.

If you were watching the NBA in the ’80s, you got to see some of the greatest players in the history of the game doing their thing. Michael Jordan, Magic Johnson, Julius Erving, and Larry Bird were just a few of the superstars that ruled the court in that era.

However, Toney could be just as lethal. The 6-foot-3, shooting guard was selected by the Sixers with the No. 8 pick in the 1980 draft out of the University of Louisiana at Lafayette (now Southwest Louisiana), after averaging 26 points per game his senior season.

He was a sensational scorer, who made an immediate impact in the pros. He averaged 13 points a game as a rookie, and his scoring average went up the first four seasons of his career, as the Sixers fought with the Celtics and Lakers for NBA supremacy.

Bird talked about the Sixers’ wars, and Toney’s impact: “Do I remember Andrew Toney? The Boston Strangler? Yeah, I remember him,” said Larry Bird, during an interview regarding Toney. “I wish we would’ve had him. He was a killer. We called him the Boston Strangler because every time he got a hold of the ball, we knew he was going to score.

“He was the absolute best I’ve ever seen at shooting the ball at crucial times. We had nobody who could come close to stopping him…. Nobody.”

Toney was the complete shooting guard. His first step was lightning quick, and he was a clever ball handler. He could shoot the jumper (he shot 50 percent for his eight-year career), and attack the basket, and his mid-range game was superb.

Toney averaged 19 points a game during the 1982-83 season when the Sixers captured the NBA title. They were 65-17 on the season and swept Magic, Kareem Abdul-Jabbar, and the Lakers in the Finals.

Toney was the third option in the powerful Sixers’ attack behind Dr. J and Moses Malone.
Of course, Sixers’ coach Billy Cunningham always knew that he could count on Toney for more points when he needed them.

He led the Sixers in scoring that series (22 points per game), and also had a 30 and 39 point game in the series.

Toney was well on his way to becoming one of the all-time greats before he started having problems with his feet and ankles. He had a stress fracture, and bone spurs that plagued him. Tragically, the Sixers’ medical staff did a poor job of treating him. The Sixers’ front office thought he was faking his injuries.

“I am relieved in a way, but for the words I want to say, they shouldn’t be printed,” Toney said. “Meat…that’s exactly how I`m being treated. Like a piece of meat. Raw meat.

“I am very disappointed and very bitter. I don`t think it was handled right or correctly. I played five years, put in some good years. I got hurt and everybody wanted to second-guess me. I don`t think that was right at all.”

The Sixers could never really get Toney back to being the player he was in his first five seasons. From 1985 until his final season in 1988, he only played a total of 87 regular-season games.

Although his career was cut short, his impact on the game lives on.