Home Culture Believe It: When Someone Calls You The N-Word, He/She Really Means It

Believe It: When Someone Calls You The N-Word, He/She Really Means It 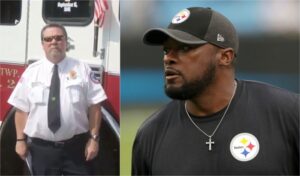 The silver lining behind this current president’s racial rhetoric, along with the national debate over protests and statues and such, is that we are seeing the true colors of some people.

And it is clear that more than a few people harbor a real animus towards black people.

In Detroit, a man had his season tickets revoked when he posted a picture of a black couple sitting during the national anthem in Week 1 of the current NFL season.  He called the couple ‘ignorant niggers,’ and then tried to deny that he did, before finally confessing that he posted the vulgarity.

Last Sunday, Paul Smith, a fire chief in Pittsburgh said he added Steelers head coach Mike Tomlin to the ‘list of no good niggers’ following the Steelers pre-game protest.  A couple of weeks ago Texas A&M coach Kevin Sumlin got hit with a ‘nigger’ in a vulgar, letter from a s0-called Aggie fan after his team blew a big lead in a 45-44 loss to UCLA.

These and other examples tells us that when you are black, people never let it go. They see your blackness before they see anything else, and often times seeing your blackness is enough to judge you.

However, that was not good enough. They have to go in for the racial slur to really make their point. They have to remind us that we are black, as if that were some ultimate insult.

In each case, the men regretted their words. They want us to think that their actions don’t reflect how they really feel.  Of course, that is B.S.  The only thing they regret is the getting busted in public.

Browse through practically any media website regarding this issue and you will hear all kinds of racial insults regarding black people, and in particular Colin Kaepernick, and any other person who feels the need to express their feelings on issues of society.

All of this has taken us to a dark, painful place.  And you know what?  It’s a painful journey we will have to make as a nation if we are ever  to see the light. UPDATE: Paul Smith has been relieved of his position.