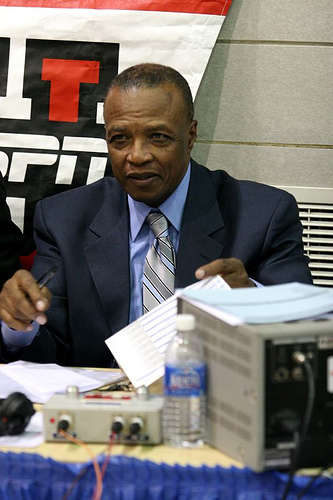 Sports broadcast legend and ESPN announcer Charlie Neal, whose golden voice brought Black College football to the nation, stopped by to visit ‘Express Yourself with T-Ramone and Sco’.

Neal broadcasts game featuring a young Jerry Rice setting the world on fire at Mississippi Valley State University before he would go one to become the best wide receiver in the history of the NFL.

The interview picks up at the 12:30 mark with the introduction of Neal.