Home Audio/Video ‘DERRICK GERVIN’S AS GOOD AS IT GETS’ NBA PREVIEW: A GOLDEN STATE REPEAT? NOT SO FAST

‘DERRICK GERVIN’S AS GOOD AS IT GETS’ NBA PREVIEW: A GOLDEN STATE REPEAT? NOT SO FAST 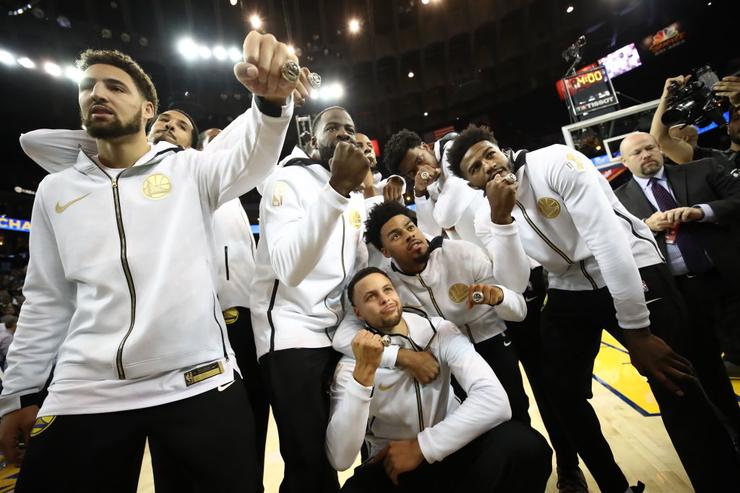 Who will challenge the Golden State Warriors NBA supremacy?

Some say the NBA should have just awarded the Golden State Warriors the 2018-’19 NBA championship rings, while they were receiving their 2017-’18 championship rings before the tipoff of their season-opener at Oracle Arena the other day.

After all, with the addition of Boogie Cousins some observers consider the Warriors’ unbeatable.

However, former New Jersey Nets forward Derrick Gervin explains that there are several challengers for the Warriors’ crown. He discusses matters with columnists Michael Roberson and Rickey Hampton of TheAfricanAmericanAthlete.com. Click to hear the show: