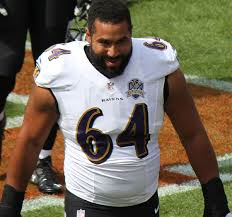 John Urschel is the latest NFL player to retire early over concerns of CTE. 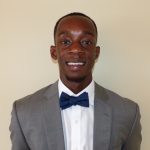 The announcement from the 26-year-old’s team came just days after the release of a medical study indicating a strong connection between playing professional football and developing chronic traumatic encephalopathy (CTE), a degenerative disease that in its worst cases can result in dementia, social instability, and suicidality.

My connection to this story is three-fold: as a MIT student, sports enthusiast, and aspiring physician, I have a number of thoughts on Urschel’s premature retirement from the league.

As an MIT student, I can relate to his excitement over being able to pursue mathematics full time at the hub for innovative thinkers and mountain of opportunity that is our school.

In a text to The Undefeated’s Domonique Foxworth, Urschel described MIT as “a place [he] loves so much” and said that it didn’t make sense for him to play this season when “the thing [he’s] most excited about is mathematics right now.”

Most people might find it difficult to understand why someone would walk away from a promising NFL career to research math for years, but passionate academics like Urschel thrive at places like MIT, and I’m sure he’s enjoying the ride. 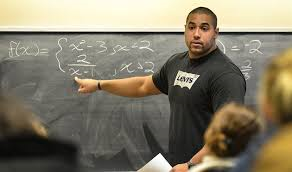 But as a sports fan, you hate to see something like this. John Urschel is a talented player who could’ve been the Ravens’ starting center, and a well-respected presence in the locker room according to his teammates’ accounts. Players like him exemplify the types of athletes we want as role models for younger generations, players that can show that athletes can be more than just athletes. And at such a young age, he surely could’ve risen to even greater prominence in the NFL in the coming years.

However, the medical evidence against continuing to play football was likely too overwhelming for someone with Urschel’s self-awareness to ignore.

The study that influenced Urschel’s decision was conducted by physicians and scientists from Boston University and sampled hundreds of donated brains from former football players. Of the 111 NFL players in the study, 110 of them were diagnosed CTE.

The danger is undeniable, but Urschel and other players made the choice to risk their health for the game they love. You have to wonder though, as more and more findings such as these reach the parents of young football players and other current pros, if the future of professional football is in jeopardy.

A mass exodus from the sport is doubtful, but the NFL, NCAA, and youth football leagues must do more to demonstrate that players’ health is of paramount concern if they do not want Urschel to become the first of many.