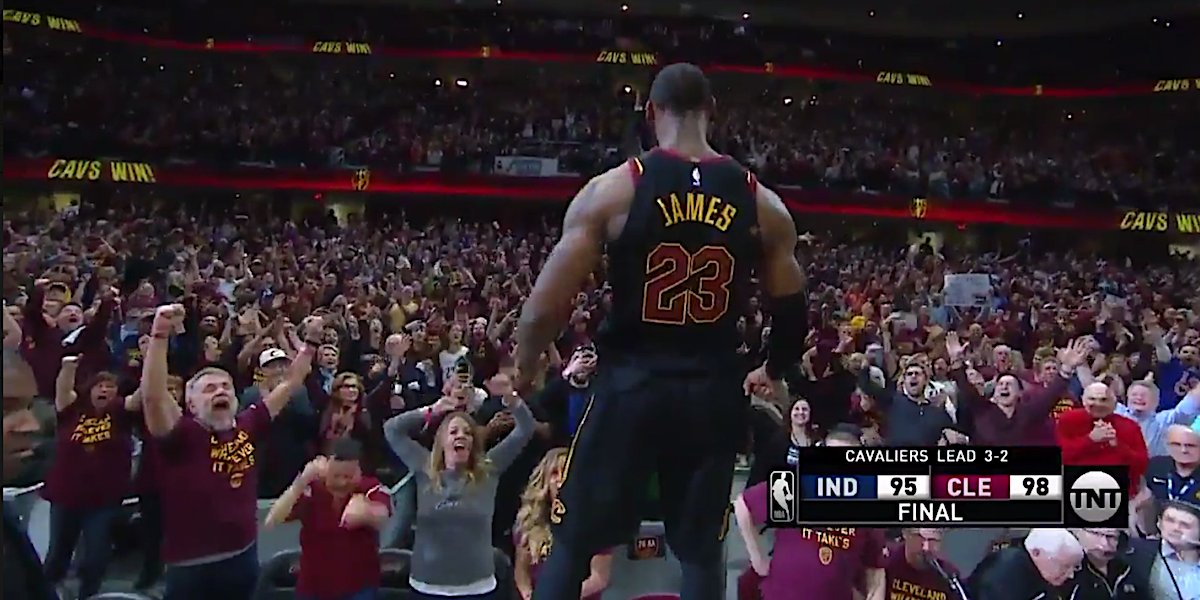 LeBron James’s celebrates after knocking down a game-winning shot against Indiana.

By Rickey Hampton, Editor And Founder of TheAfricanAmericanAthlete.com

LeBron James’ Game 5 buzzer beater against the Pacers added yet another signature moment to his remarkable basketball career, and further cemented his place as one of the game’s greatest players. That is just a fact. But where James ranks is always one of the great debates in the basketball world.

In the eyes of some James has been such a dynamic player over the course of his 15-year career that he has challenged Michael Jordan for the crown of GOAT, Greatest Of All Time.

I don’t have to tell you that for some comparing James to Jordan is blaspheme. After all, Jordan was brilliant player who led the Bulls to six NBA titles. Not only that, he was often spectacular and sensational, thrilling us with dramatic performances and breathtaking plays.

You get no argument here if you want to call MJ the greatest of all time.

However, James is in hot pursuit of Jordan’s immense legacy. James, 33, is playing extraordinary basketball, arguably the best of his career. And there are those who think he has surpassed Jordan. And you know what? You get no argument here.

As great as MJ was, LBJ  is right there.

Jordan fans are quick to point out Jordan’s six titles to James’ three, so far. However, if you won’t acknowledge Bill Russell’s staggering 11 NBA titles in Boston, don’t be upset when people do the same in considering Jordan. 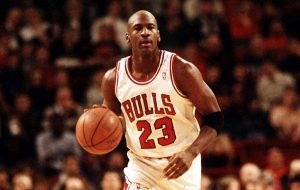 Actually, this is a debate that can never be answered. It is a subjective choice. Wilt Chamberlain and Kareem Abdul-Jabbar belong in the conversation of the greatest player of all time, as well as Oscar Robertson and Magic Johnson. Most importantly, if you had any of the players on your team, your franchise is in good position to win.

Despite the legacies of many great players, in the end the conversations always returns to Jordan and James.

Now, if I were a GM and I had to select either Jordan or James I would take James. Why? James is 33 and Jordan is 55.

Seriously, if magically they were in the same era and I had the opportunity to choose between the two I would be very happy because I can’t go wrong. Secondly, I would choose James.

James’ size, strength and versatility give him the edge of Jordan if I am GM.  Hall of Fame point guard Isiah Thomas is one of a growing number of NBA legends who agrees with me.

“There’s a debate in terms of Jordan and LeBron,” said Thomas, on NBA TV’s Game Time. “And on any given night, who do you like? For me I look at the total body of work where LeBron James is as a basketball player. If I had to pick one over the other, right now I’m picking LeBron James over Michael Jordan.

“Because Jordan would beat you at scoring, but this guy beats you at everything. He rebounds, he assists, he gets everybody involved. He’s bigger, he’s faster, he’s stronger and right now he’s doing his thing.”

The NBA has never had a player who could legitimately play four positions _ small forward, power forward; shooting guard and point guard _ and be an all-star at each of those positions. If James decided he wanted to lead the league in rebounding, or scoring, or assists, he could. Jordan was certainly versatile, but he could not play power forward, or lead the league in rebounding.

As dynamic as his talents are, James’ understanding of the game is among the best of all time. During last year’s Eastern Conference Finals Boston Celtics coach Brad Stevens raved about James’ basketball IQ.

“…It’s hard to believe, but he’s better than when I got into the league. A lot better. Just as you get older, you gain more experiences, you see more things. Yeah, I didn’t think he could get any better after that, but he is.”

Of course, for some there is nothing James will do in his illustrious career that will surpass Jordan.  As great is MJ was when he played, his legend is even better.

Let some people tell it, MJ never missed a shot, had a turnover, or lost a game. They will point to his perfect 6-0 record in the NBA Finals. Of course, there were nine times in Jordan’s 15-year career that he didn’t even make the Finals.

As the debate continues to rage, I hope people will take time to appreciate the greatness they are witnessing, no matter which player sits atop their list as the GOAT.