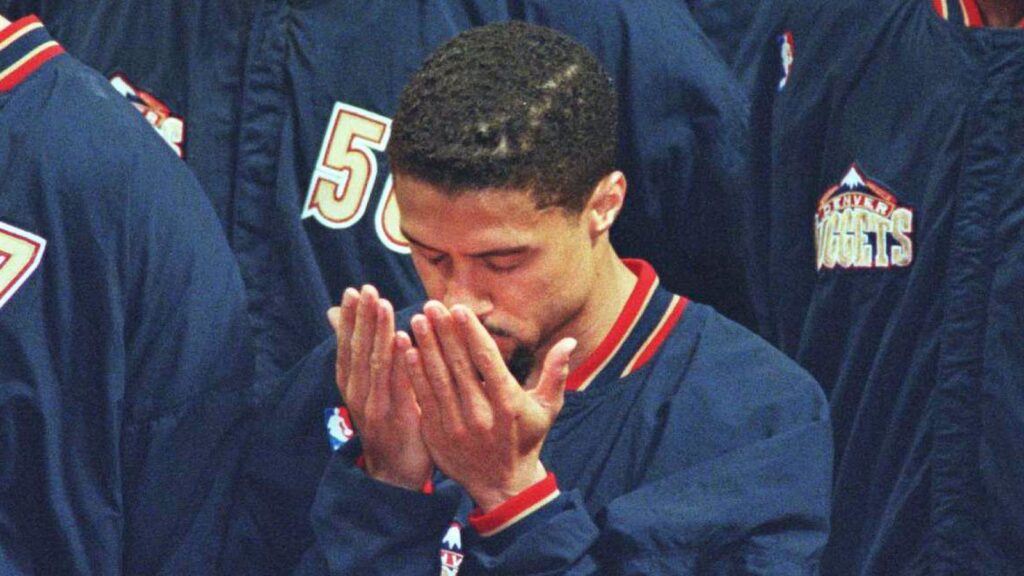 Join us tomorrow night  (Tues. April 3rd) at 10 p.m. EST  for TheAfricanAmericanAthlete.com talk show. Our guest will be NBA legend Mahmoud Abdul-Rauf. To listen to the show on your cell call 917-889-3271.

Abdul-Rauf was a prolific scorer during his college days at LSU, and a solid point guard in the NBA during his eight-year career, after being drafted with the No. 3 overall pick  of  1990 NBA draft by Denver.

However,  what Abdul-Rauf will be remembered by most isn’t his laser quick jumper, or his killer cross-over. Abdul-Rauf’s legacy is his decision in 1996 to not take part in the playing of the national anthem.

It was his way of protesting the conditions of poor people and people of color in America.  It was a move that many people feel cost him his career as a player in the National Basketball Association.

“When I really look at how it went down, yeah, because I was in my prime, and after the incident, my minutes went down. But you can’t just say, ‘we’re getting rid of him for that’—they had to create an environment where [it was] ‘let’s change his minutes, and let’s mess up his rhythm.,” Rauf said in an interview with SLAM. “A lot of things began to happen, so definitely that’s why my career was cut short.” The AfricanAmericanAthlete. com talk show is hosted by Michael Roberson and Rickey Hampton, columnists for TheAfricanAmericanAthlete.com.

(Linked is the replay of the Abdul-Rauf interview):