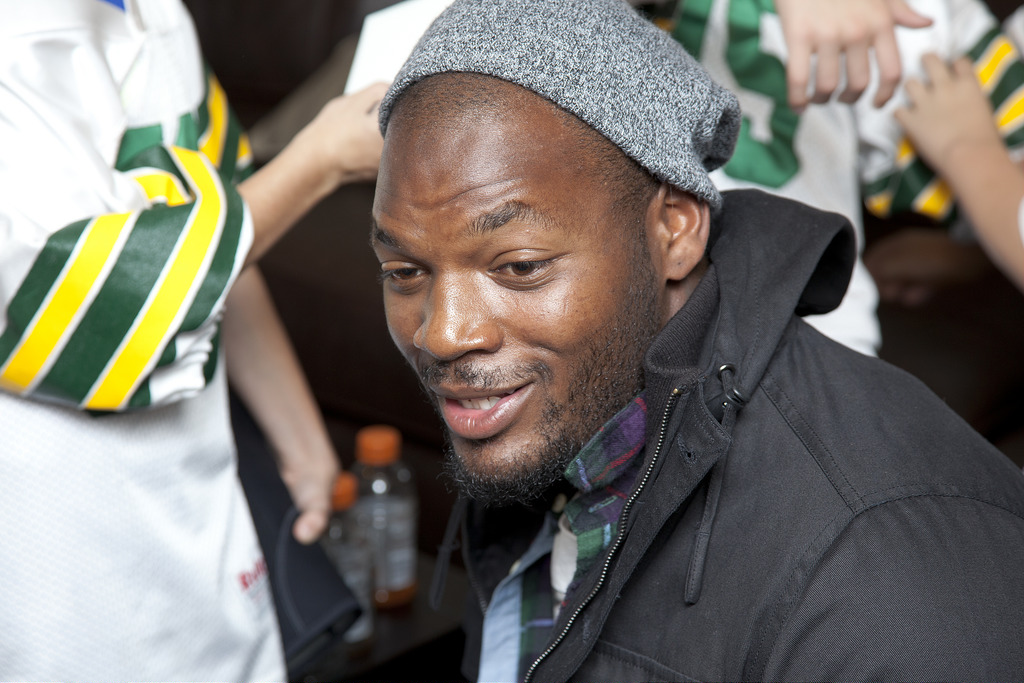 Martellus Bennett is a role model for the next generation of black professional athletes.

Martellus Bennett. Founder of The Imagination Agency, an animation and multimedia company that creates cartoons, books, and more for kids, this New England Patriots tight end is in many respects anything but what most of us envision when we think of football players.

“When you look at me, what do you see?” Bennett asked in a TEDx talk he gave last May. “Are you tempted to ask me ‘what sport do I play?’ That’s the most common question we get on the elevator, ‘what sport do you play?’ Do you see a children’s book author? No, we imagine those being little petite people, sitting in a room, drinking tea, thinking with a soft voice. You don’t see a masculine man with tattoos, who’s a beast on the football field who will run you over. That’s not what you imagine.”

Such thoughts and revelations are common from Martellus Bennett, who recently announced he will not be accompanying his team on their visit to the White House, in an apparent statement against the actions and words of President Donald Trump.

He recognizes that our world has created a very dangerous dichotomy between athleticism and intellectualism manifested as scholarship, artistry, or otherwise. Until recently, our societal mindset has been that athletes should not only stick to sports because they often make a fortune playing them, but because they don’t have much else to offer to our society anyway. 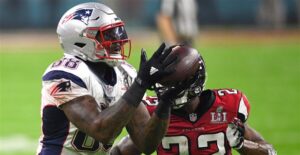 “‘Athlete’  is just what we do, it’s not who we are. I create because I have to, I play football because I want to,” says Bennett.

Sports can be used as a gateway to pursue so many other career avenues, which is an obvious enough fact in itself (there’s plenty of retired athletes that go into business, for example), but we must truly embrace the idea that professional athletes are not simply athletes, but people with dreams, aspirations, and beliefs that are not focused on running around with a ball.

It takes immense passion for and dedication to one’s sport to make it as a professional athlete, but it’s important for us to see that all of that drive and mental focus has not made athletes into one-dimensional people.

Think about it. Do we expect people from any other profession to simply focus on working and doing nothing else? If we told college professors that their lives should focus on nothing but teaching, developing better ways to teach, and whatever research interests they have, we wouldn’t have many good professors.

Same thing goes for construction workers, car salesmen, or anyone else. People are good at what they do precisely because they have outside interests. They have families to provide for, or other positions or places they aspire to, dreams they’ve never given up on, things that may have nothing to do with who they are as professionals.

To me, these words from Martellus Bennett are a challenge to the next generation of professional African-American athletes. A challenge to be more than what society expects of them. A challenge for them to think of themselves as more than athletes, no matter how far they take their sports careers. For all we know, the next generation of black professional “athletes” might not even be known as athletes, at least in the way we currently define the word. The definition should be as dynamic as the people who play sports are talented.

I’m a 6’5”, lanky, athletic-looking black teenager who has played sports for years, and continues to play a varsity-level sport in college. But I’ve never thought of myself as an “athlete” first, it’s never been what defined me. Scholar, saxophonist, engineer, social commentator, and yes, basketball player (if I had a penny for every time I’ve been asked…). All of these things collectively comprise my identity.

I’ve never been close to playing a sport professionally, but what Martellus is saying is that even if one wishes to,  and is eventually able to reach the professional level, we as a society cannot limit them, in our minds or in a literal sense, to the pursuit of that sport and nothing else.

“When I die, I don’t want my daughter to go to my funeral and be like ‘my dad had a great stiff arm. Did you see him run down the seam? Boy, was he fast with the ball in his hands.’ I want her to be able to re-tell my stories. My dream is for her to always have something so that she can hear daddy’s voice, even when I’m not around.”

Watch “More than an Athlete”, a TEDx talk by Martellus Bennett, here

Read about his company, The Imagination Agency

(Sope Eweje hails from North Carolina, where basketball is king. He is a student at MIT, and is studying bio-mechanical engineering. You can contact him on Facebook (Basically Basketball or Sope Eweje).)