Home Featured Moses Malone: From High School To The Basketball Hall Of Fame

Moses Malone: From High School To The Basketball Hall Of Fame 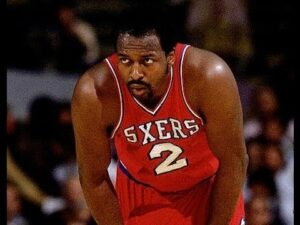 In 1974 the late Moses Malone made history by going straight from high school (Petersburg (Va.) High) to professional basketball when he signed with the Utah Jazz of the American Basketball Association.

The 6-foot-10 center never stopped making history from that moment. Malone went on to become one of the greatest players in the history of the sport.

Malone was an utterly relentless player. He was a powerful low-post player, who dominated the offensive and defensive boards, earning him the nickname, “Chairman of the Boards”.

Perhaps his greatest season came in 1983 when he teamed with Julius Erving to the lead the Philadelphia 76ers to the NBA title, dominating the great Kareem Abdul-Jabbar, and the Lakers in the Finals.

During that playoff run to the title Malone coined the phrase _ ‘Fo, Fo, Fo’ _ meaning the Sixers would sweep every opponent on their way to the ’83 title.

The Sixers actually went four, five, four, losing only one game during the playoffs.

Pieces of a Dream, the Philadelphia based jazz group, produced a hit song ‘Fo, Fi, Fo’, honoring Moses, Doctor J., and the Sixers.

For some reason Malone is not mentioned with the greatest big men in the history of the game, Kareem, Wilt Chamberlain, Shaquille O’Neal and Bill Russell. However, he should be in the conversation. Moses Malone’s body of work stands the test of time. Check out more on Malone’s storied career.