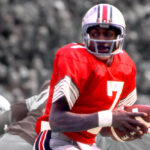 A native of Washington, D.C., where he attended Dunbar High School, Greene 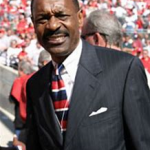 became the first black quarterback to start at Ohio State as a sophomore in 1973. Greene enjoyed a brilliant career, going 31-3-1 as a starter over three seasons, capturing Big Ten and Rose Bowl titles, and never losing to Michigan.

Despite his productivity, Greene was not considered a pro prospect by the NFL. There were 15 quarterbacks taken ahead of him in the 1976 draft. Greene was drafted in the 11th round by the Dallas Cowboys, and asked to play wide receiver.

Greene talked about the journey of the black quarterback in football, legendary coach Woody Hayes and more. In addition, former Detroit Lions Vice-President Larry Lee, a Dayton, Ohio native, who grew up idolizing Greene checked in. Click the link below to hear the full interview.