Home HBCUs S.C. STATE’S POUGH TALKS ABOUT SHOWDOWN WITH N.C.A.&T. ON ‘EXPRESS YOURSELF’

S.C. STATE’S POUGH TALKS ABOUT SHOWDOWN WITH N.C.A.&T. ON ‘EXPRESS YOURSELF’ 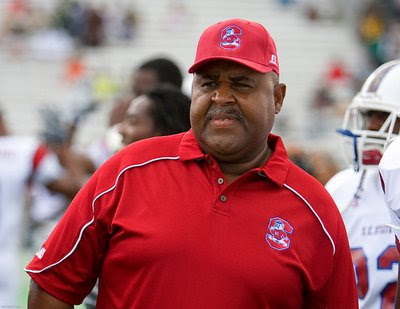 Pough, who recently passed the great Willie Jeffries as the Bulldogs’ all-time winningest coach (129), discussed his storied coaching career, and the Bulldogs upcoming game on Saturday (Nov. 2) against rival North Carolina A&T in a battle of MEAC powers.

The interview with coach Pough begins at the 4:25 mark. The guys also touch on some of the other issues of the day in sports, including the NCAA’s decision to allow student-athletes to be compensated.