Deprecated: The called constructor method for WP_Widget class in WPAC_Nav_Menu_Widget is deprecated since version 4.3.0! Use __construct() instead. in /var/www/wp-includes/functions.php on line 5476
 Sam Jethroe: Unheralded Negro/Major League Baseball Star - The African American Athlete 
Notice: Undefined offset: 1 in /var/www/wp-content/themes/jnews/class/ContentTag.php on line 86


By Michael Roberson, For The African-American Athlete

While we celebrate the 70th anniversary of Jack Roosevelt Robinson breaking the color line of  “modern day” Major League Baseball, there’s another Negro League star who also won the National League Rookie of the Year, three years after the iconic baseball pioneer.

Samuel “The Jet” Jethroe won the prestigious initial year award in 1950, despite being at an advanced age himself.  As a matter of fact, at age 32, he has the distinction of being the oldest ROY ever, although there was a bit of controversy in regards to his actual birthday.  With all this confusion, his age ranged from 28-33 in the minds of his peers, coaches and administrators.

After a recent visit to Erie, Pennsylvania, this writer remembers the late Sam Jethroe as an ex-baseball star, prominent local business owner, and all-around good guy, from my days of residing in the city by the Great Lake in the early 90’s.

The Jet received that moniker for his professed elite speed, which was exemplified in his stolen base prowess in both the Negro and Major leagues.

In the Negro Leagues, as a member of the Cincinnati and Cleveland Buckeyes, he topped the stolen base category three straight years, as well as winning the batting crown two consecutive seasons: 1944 (.353) and 1945 (.393), on the way to sweeping the vaunted Homestead Grays (4-0) to win the World Series title.

There was another trip to the championship series in 1947, but this time they lost (4-1) to the New York Cubans.

Sam was involved in an automobile accident late in the 1942 season, resulting in the death of three of his teammates, when another car hit their disabled bus.  He later received a pass from fighting in World War II, due to a physical deferment, assumably connected to the aforementioned crash.

There was reportedly a pseudo tryout with the Boston Red Sox in 1945, in which Jethroe and two other black players were invited upon the recommendation of Hall of Fame sportswriter, and African American journalistic forefather, Wendell Smith, along with pressure from a local politician.

The expected result came to be, as all three players were denied spots on the MLB team’s roster, disappointing The Jet, Marvin Williams, and future baseball and societal legend, Jackie Robinson.

As everyone knows, Jackie rebounded from that setback two years later, while changing the landscape of sports, as well as the world’s conscience, to a certain extent.

Not only did the Brooklyn Dodgers’ General Manager, Branch Rickey, pave the way to the majors for Robinson, he also reached out to Sam and brought him into the Dodgers’ minor league (Montreal Royals) fold from 1948-49.  However, his major league debut was ironically with the Boston Braves, as a result of the organization signing Sam for $150,000, following the second season of his Canadian stint.

In April of 1950 Jethroe made history by becoming the first black player to ever play for the Boston Braves.  He tallied two hits, including a home run, in game one in the ‘Big Show.’

Not suffering from a sophomore jinx, Jethroe nearly duplicated his numbers from the previous season, including another stolen base crown (35) and: .280 avg., 18 hrs., 65 r.b.i. and  101 runs.

The Jet’s third year in the majors was a dramatic statistical drop off from the prior campaigns.  Now the deficiencies of his game are being highlighted, along with the discrepancy with his age, and possible double vision, were all factored into his apparent slump or struggles

During his brief MLB career to this point, he led the NL outfielders in errors his entire run, but did manage to be the best in converting double plays from his position.

In 1953, the Braves moved west to Milwaukee, unfortunately for Jethroe, he was relegated to the Triple-A affiliate, in Toledo, Ohio, where he hit for a .307 average.

The following season, he and five other players were sent to the Pittsburgh Pirates, but Sam only played two more MLB games.

With his “Big League” career essentially over after four seasons (.261 avg.. 49 hr., 181 rbi., 98 sb. & 280 runs), Jethroe took his talents back up north to the shores of Lake Ontario, in Toronto, Canada and played in the International League for five seasons.

The not as fast “Jet” returned to the States (Erie, PA) and started working a regular job, while still playing semi-pro baseball.

He later opened a bar, which was somewhat in competition with this writer’s aunt’s equally as or more popular establishment in the Flagship City.

During my time in the Keystone State in the early 90’s, I did manage to make it over to Sam’s place; however, I was more than obligated to spend more of my time at my mother’s sister’s “watering hole.”

As a sports talk radio host and writer at the time, we did discuss the legacy of Sam Jethroe, but I didn’t interview him one on one until 1994, during a ceremony in Milwaukee honoring the Negro Leaguers. 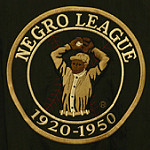 During the conversation at the former home of the Milwaukee Brewers and Braves (County Stadium), he discussed several events of his career.  Regrettably, The Jet didn’t get to propel his speed around the bases at that locale 41 years earlier, because he was in the minors when the Braves moved to the “Brew City.”

When expressing his journey to the “Show,” Jethroe discussed the obstacles that were there and what it took to reach that magic goal:

“You knew what the Law of the Land was, so you had to expect it that way.  You figured that sometime, somewhere, someday it would change, and it has, but back there then, you took the law as it went.”

He also felt earning the Rookie of the Year award was the biggest moment in his career, while Willie Mays, Mickey Mantle and Stan Musial were the best/toughest opponents.  Outfielder Kenny Lofton was the then modern day player that he felt resembled his game the most.

A short time later, Jethroe sued Major League Baseball for pensions owed to many black players, but the color barrier complicated the process with the lack of time played.  The lawsuit was dismissed. However, Sam and other veteran Negro Leaguers were awarded annual payments from MLB in 1997, three years after his original fight for compensation for his fellow mistreated ballplayers.

Unfortunately, the Mississippi born, East Saint Louis, Illinois raised, Erie, Pennsylvania resident, and multi-league ex-player was only able to reap the benefits of his diligence for a short four years, because he died of a reported heart attack in 2001.

Sam Jethroe may not be a household name for mainstream and millennial baseball fans, but he did have some similar stats and achievements as the worldwide known and heroic, Jackie Robinson.

The City of Erie does have a field named after him inside Hillside Park.

It is important to find out more information about the history of all levels of baseball to really have a true appreciation of the still believed ‘American Pastime.’

The Hammer Takes The NFL Deep With His Support of Kaepernick