Social Activism Has A Long, Storied History For Black Athletes

This iconic photograph of Bill Russell, Muhammad Ali, Jim Brown, a young Kareem Abdul-Jabbar and other sport stars symbolizes the stances African-Americans took during the fight for civil rights.

By Rickey Hampton, Editor and Founder of The African-American Athlete​

It has long been an expectation in the African-American community for its athletes, and its entertainers,  to help  fight for social change. And there is a long history of such work, especially during the 1950s and ’60s, when  African-Americans were in a fierce civil rights  battle with a society that, frankly,  had to be pushed.

Rarely during the fight  could an African-American  command a national platform, unless he/she could run, hit, shoot, dance, sing, or act. 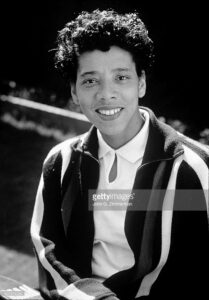 The famous  photograph of Bill Russell, Muhammad Ali,  Jim Brown and Kareem Abdul Jabbar, joined by a host of other African-American athletes meeting in Cleveland in 1967 is a perfect illustration of how important social action was to athletes of that time.  They were there to meet with Ali, who was a conscientious objector to the Vietnam War.  There was not a more inflammatory figure in the country than Ali, who was a member of the so-called ‘Black Muslims’, who many in the media accused of ‘hating white people.’   Ali was the man who said:  “I ain’t got no quarrel with the VietCong…no VietCong ever called me nigger.”

How un-American do you think that was back then?

By  standing with Ali those men were putting their careers on the line. Yet, after meeting with Ali for hours, and hearing his commitment to his beliefs, that is precisely what they did. It was indeed an act of courage from those athletes that we do not see from the African-American athletes today.

Long before that meeting in Cleveland ever took place, African-American athletes were on the front line. Russell led a boycott of a Boston Celtics  exhibition game in Kentucky in 1961, after he and his black teammate were refused service in a hotel.

In 1965,  21 African-American players refused to play in the American League Football (AFL) All-Star game in New Orleans. The player faced discrimination in New Orleans in the days leading up to the game.  They were  also joined by white players in the boycott. Their efforts  forced the AFL to move the game to Houston. It is important to note the participation of white athletes because they  didn’t carry that extra burden the African-American athletes did.

In 1968,  John Carlos and Tommie Smith raised black gloved fists, and stood in black socks, as a expression of the condition of black people in America, during the National Anthem at medal presentation at the Mexico Olympics.

Of course, they were kicked out of the Olympic Village the next day.

It was common place for African-American athletes to be involved in politics, locally and nationally. Rosey Grier of the Los Angeles Rams was a supporter of Robert Kennedy’s presidential run. He was in the audience the night Kennedy was assassinated, and helped subdue the shooter.

Simply said,  that is how African-American athletes operated during those times. (Again, entertainers like James Brown, Harry Belafonte and comedian Dick Gregory were activists, too. But for the purpose of this piece the focus is on the athletes).

However, what I feel some in the black community today don’t understand is during that period there was an obligation for all African-Americans. The only real difference were the  athletes and entertainers had larger platforms to speak from.

Today’s African-American athlete doesn’t  face the obvious challenges from that era because of  the previous sacrifices. However that doesn’t mean they don’t have a responsibility to the community. And, there are many who do a lot of great work in communities around the country. And, many African-Americans have spoken out on social issues, as well. But it is certainly not to the level of those from the civil rights era.

That said, the thing we seem to have forgotten in the African-American community is  we all owe a generation of black athletes, entertainers, politicians, teachers, lawyers, doctors, cooks, bus drivers and service people, our best efforts.

With that in mind, the next time I hear someone ask   what our African-American sports stars are doing for their community, I am going to ask them, “What are you doing for your community?”

There is room for all of us to do more.