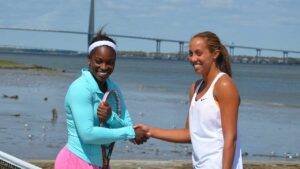 Good friends Sloane Stephens (l) and Madison Keys will face off for the U.S. Open title.

Venus Williams and Sloane Stephens gave the tennis world thrills and chills in their epic, three-set match in Thursday’s semifinals of the U.S. Open, before Stephens held on to win 6-1, 0-6, 7-5. Stephens advances to the championship round on Saturday, where she will face Madison Keys, who defeated Coco Vandeweghe 6-3, 6-3 in the other semifinal match. Keys, 22, dominated Vandeweghe in two sets. She was never challenged.

The Stephens-Williams match was breathtaking. Stephens, 24, and coming back from a serious knee injury, played brilliantly to sneak by the resurgent Williams, who at 37, is playing some of the best tennis of her hall of fame career.

Both women played magnificently, rocking each other with power strokes and finess. It was simply extraordinary tennis, before Stephens was able to pull through at the end. 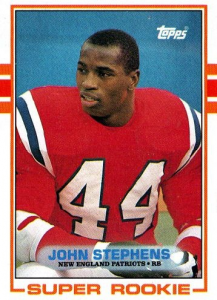 Sloane’s dad, the late John Stephens, was a standout in the NFL.

It is also assured that the 2017 U.S. Open women’s champion will be of African descent. Williams, Keys and Stephens made history with three black players in the semifinals.

Keys comes from an interracial family. Her mother is white, and her dad is black. Keys has also drawn criticism for not addressing her ethnicity.

“It’s something that’s always there obviously, but I’m very much right in the middle,” she once told New York Times. “I don’t really think of it. I don’t really identify myself as white or African-American. I’m just me. I’m Madison.”

Probably the only other professional athlete who can understand that mindset is Tiger Woods, who once referred to  himself as Cablinasian.  Tiger, too, failed to grasp his identity as defined by the world in which he lives. Stephens is the daughter of former NFL rookie of the year, John Stephens, who died in a car accident in 2009. He was a first round draft pick by the New England Patriots in 1988 out of Northwestern Louisiana University.