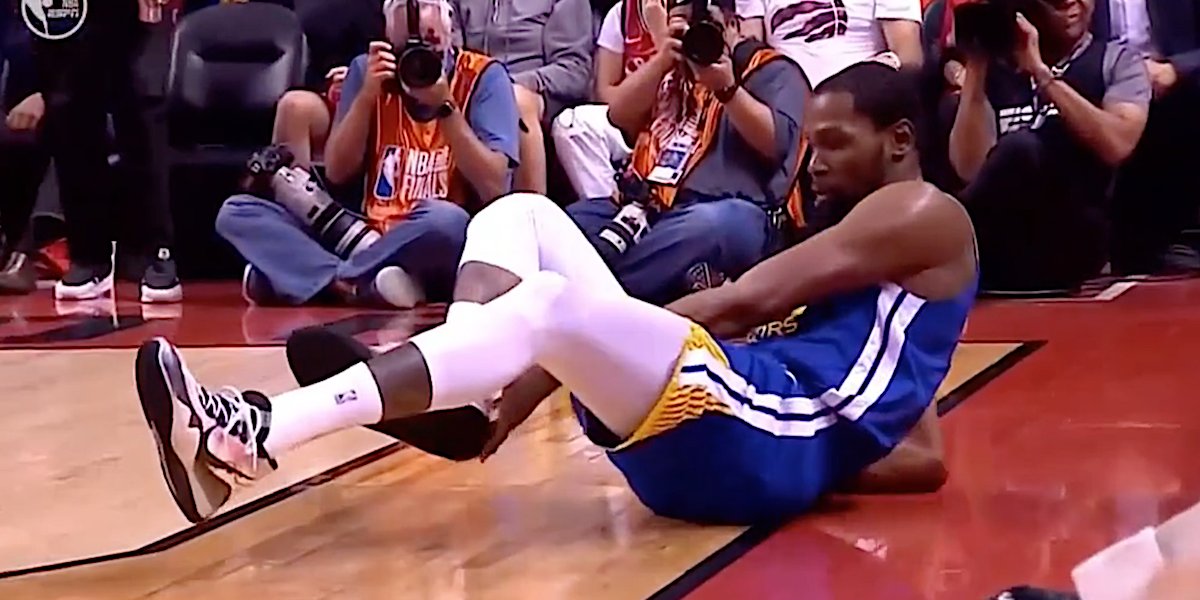 One of the story-lines coming out of Monday’s thrilling Game 5 victory by the Golden State Warriors over the Toronto Raptors in the NBA Finals was the apparent Achilles injury to Kevin Durant, that could cost the impending free-agent all of next season.

There are some observers who are blaming the Warriors’ management for making Durant take the floor, after missing more than a month in action.

I don’t believe that for a second.

Kevin Durant is one of the NBA’s most prominent players, and also one of its most powerful players. It is absolutely no chance of Durant being bullied or pressured into doing something he doesn’t want to do.

After all, it is Durant who is an impending free agent. He held all the cards in when he would play, or wouldn’t play. If anything, it was Durant who deemed himself ready to play.

It is absolutely nothing the Warriors could do to force Durant to play.

How much sense would it make to order Durant, the guy you are desperately hoping to resign, to go play a game when he doesn’t think he is healthy enough to play? That is not how you keep one of the NBA’s best players from signing with a new team.

No, Kevin Durant, the basketball player, and competitor made the decision to play.

Durant went down doing what he loves to do, compete in the sport that he loves, at its highest level, and in one of its important moment.

We often forget about the intoxication of competition. It is at the essence of sports. The fame and the fortuned earned by NBA players is only the result of their immense talents and abilities.

But it is not at the core of why they play.

They play for the chance to compete at the highest level, whether it’s in front of a worldwide audience, or in a closed gym with nobody watching.

The famous 1992 ‘Dream Team’ practice scrimmage in Monte Carlo featured a litany of NBA legends we know today by one name. A few of them included: Michael, Magic, Barkley, Ewing, Bird, Malone, Pippen, Mullen and Drexler. They took part in what is called by many ‘The Greatest Game Nobody Saw’.

The epic scrimmage pitted Team Johnson against Team Jordan. The legends went at each other like it was a Game 7 of the NBA Finals.

Of course, it was a scrimmage before the start of the Olympics that the ‘Dream Team’ dominated.

None of those greats thought about their lucrative contracts or the possibility of injury during that scrimmage. They went at each other for the love of the game, and the ability to compete.

Jordan, arguably the game’s greatest player, and one of its great champions, said: “It was the most fun I ever had on the basketball court.”

The chance to compete at the highest level, no matter where it is,  is what drives a competitor.

That is why Kevin Durant took the floor in Game 5.