Home Featured TI HAS HAD ENOUGH: NO NFL FOR THIS RAP LEGEND

TI HAS HAD ENOUGH: NO NFL FOR THIS RAP LEGEND 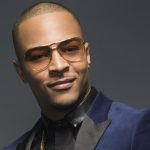 Rap icon TI hit home with his thoughtful reasoning on why he has no plans to support the National Football League in 2018.

During an interview on BET with sports journalist Jemel Hill, TI said the league’s policy of prohibiting players to kneel during the National Anthem is unjust.

“I think there’s a violation of constitutional rights being implemented to minority players who choose to have a peaceful, silent protest,” T.I. said.
“It’s really like you want us to shut up and take what we got coming to us in our communities, and that’s just not acceptable.

“And if that’s what you think about us, why should we really spend our money and show our extreme support of your corporation?”