Home Culture Trump Didn’t Create This Racist Xenaphobe, He Has Always Been Here (And Now He Feels It’s OK To Come Out)

Trump Didn’t Create This Racist Xenaphobe, He Has Always Been Here (And Now He Feels It’s OK To Come Out) 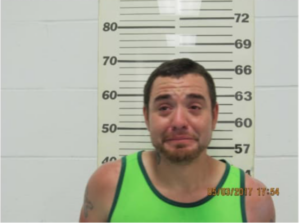 Alexander Downing was arrested for public drunkenness following his verbal attack of a Muslim family.

A recent video of man verbally assaulting and harassing a Muslim family in South Padre Island is a classic example of this ugly segment of America that feels embolden by the hate, racism and xenophobia that is coming from the man who lives at 1600 Pennsylvania Ave.

Throughout his vile tirade at the family, which included children,  Downing grabbed his crotch, cursed, screamed and hailed his allegiance to Donald Trump, and in particular Trump’s proposed travel ban. Police arrested Downing for public drunkenness. The 35-year-old has had more than his share of run-ins with police.  South Padre police say they may seek other charges against Downing.

Linked is the video of Downing harassing the family. I hope he spent his day in jail with some brothers from the Nation of Islam. Maybe they could teach him a thing or two about Muslim life.