Home Featured WILL MAKER’S MOVE TO HOWARD START A TREND BACK TO BLACK COLLEGES?

WILL MAKER’S MOVE TO HOWARD START A TREND BACK TO BLACK COLLEGES? 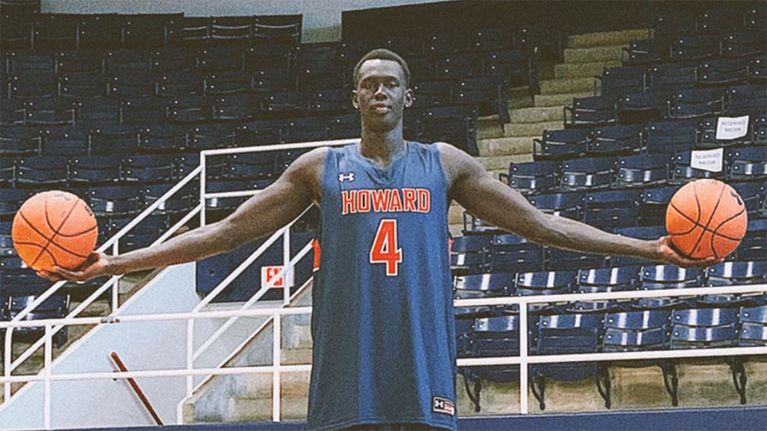 It is an ironic fact that integration benefited white America more than it did
black America.

And there is no better example of that than college athletics.

The integration of black athletes into college football and basketball has made those sports billion-dollar industries.
NCAA football powers Clemson and Alabama, who once fiercely defended segregation policies, now thrive because of the black athletes they once wanted no part.

Of course, they were hardly alone. Throughout the south and southwest, schools like the Kentucky Wildcats prohibited blacks, only to prosper when they reluctantly opened their doors.

After Adolph Rupp and Bear Bryant got their asses handed to them by Texas Western University’s all-black starters in the 1966 NCAA title game, and then by bruising running back Sam Cunningham and the multiracial USC Trojans in 1970, white folks finally begin to see the light.

In essence, they said, “These niggers can play.”

When the white mainstream colleges started recruiting the top-flight black athletes, it rocked the fabric of the Historical Black Colleges and Universities. These days great HBCU legends like Walter Payton and Jerry Rice would likely be at Mississippi State, Ole Miss or LSU, rather than Jackson State or Mississippi Valley. The premier black athletes left the HBCU schools for the white schools.

What if these great athletes returned to HBCU? What if _  as our community continues to demonstrate our worth in this society, and show that indeed Black Lives Matter _  our athletes came back to the HBCUs that have always welcomed them with open arms?

Makur Maker, one of the nation’s top high school prospects, is doing just that.

The 6-foot-11 center from Hillcrest Prep in Phoenix plans to attend Howard University.  Maker is the highest-rated high school player to ever sign at an HBCU school.

“I was the 1st to announce my visit to Howard & others started to dream “what if”. I need to make the HBCU movement real so that others will follow. I hope I inspire guys like Mikey Williams to join me on this journey. I am committing to Howard U & coach Kenny Blakeney.”

Imagine if other black athletes joined Maker at Howard, or return to Tennessee State instead of Tennessee? Southern or Grambling instead of LSU? FAMU instead of Florida State or Florida? Virginia Union instead of Virginia?

And for those super-elite prospects like Maker who have pro aspirations, don’t worry the pros will find you.  HBCUs have been sending stars to the NBA, NFL, and MLB since, well… forever.

Bringing the elite black athletes back to the HBCUs would change the college game. It would empower not only the HBCU athletic programs but the HBCU colleges and universities as a whole. And I can assure you, the mainstream colleges and universities will look at our students, and student-athletes, a lot differently, and with much more deference.  They would be forced to examine their college communities looking to make them a friendly home for people of all kinds.

From the beginning, many in America’s white communities looked at us as black folk as if they were doing us a favor, by allowing us to go to their stores, restaurants, movie theaters, etc. It was us as black folk doing a disservice to ourselves when we abandoned the institutions and communities that cared for us when no one else did.

Some of us fell into the trap of believing white folks’ ice is colder.

Howard University won’t have all the trappings and amenities of Kentucky, and the litany of major colleges that were recruiting young Mr. Maker. However,  they will give him what HBCUs have been giving us for years, academic excellence, concrete intellectual foundations, love, substance, and pride.

I hope others will join him.