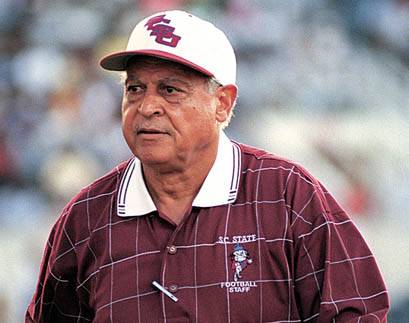 Black College football coaching legend Willie Jeffries was a guest on the ‘Express Yourself with T-Ramone and ‘Sco’ podcast, hosted by veteran sports writers Tim Turner and Roscoe Nance.
Jeffries is one of the legendary coaches of HBCU football. He led South Carolina State University (1973-’78) to three HBCU National titles 1976, ’77 and ’94, and won seven MEAC titles during his illustrious career.
In 1979 he was hired as the head coach at Witcha State University, making him the first black head coach to lead a Division I program. He was at Witcha State from 1979-’83.

(‘Express Yourself with T-Ramone and ‘Sco’ can be heard live every Wednesday at 8 p.m. EST. You can always call in or listen to the show on your cell at 929-477-1209. To listen to the show online visit The African-AmericanAthete Facebook page @AfAmAth on Wednesday’s to get the internet link.)